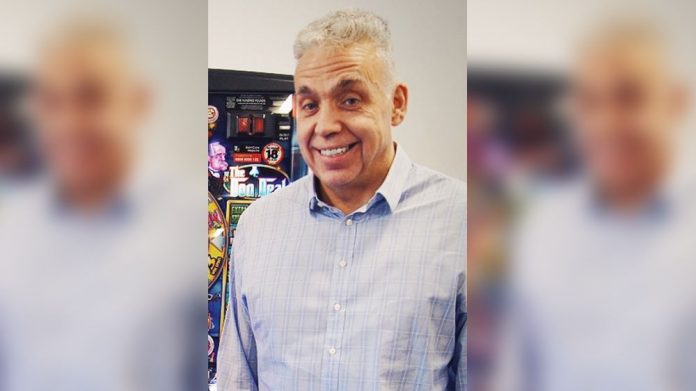 Polar Moment co-founder, Tim Stratton, explains the background to the business and what it takes to win the Queens Award for Industry.

Can you start by talking about your background and career highlights?

Tim Stratton: I was working as a data communications consultant and had just helped to design a complex network for Tesco.They wanted to accept the Switch debit card but didn’t want to install 20,000 transaction terminals, thousands of phone lines and most importantly, not hold up queues of customers for an additional 25 seconds whenever a card needed to be authorised. I devised a solution that would require attaching a cheap magnetic swipe reader to each till and using their high-speed data network to carry the card traffic to their mainframe. It required the development of a software switch between the mainframe and three different banks.We weren’t a software house but they gave me the job of designing and developing the switch. We went live on schedule and the delay imposed was 2.5 seconds not 25!

Thirty years later, that software is still doing the same job. It has processed more than 30 billion transactions with a value of over £1 trillion. We sold the same system into GE Capital, Asda, Safeway, and BhS eventually.

What other blue chip brands have you worked with?

TS: That project provided the idea for a card-payment software package. We set up a company called Retail Logic and went live with Comet as our initial customer in 1992, rapidly followed by Dixons, House of Fraser, and Harrods. By 2004 that software was processing more than 70 percent of all the card payments in the UK. John Rozek was a senior manager in NatWest’s card acquiring business and joined Retail Logic as director of business futures. He played a major role in the integrated Chip and PIN solution, for which we won the Queens Award for Industry (Innovation) 2004. Other pioneering projects that John won included dynamic currency conversion for Hertz Europe and a terminal-based solution for the London Eye that established the model for the majority of current customer present solutions.

How did you arrive at Polar Moment?

TS: John and I both left Retail Logic in 2005. By that time our customers included most major UK retailers, many other organisations including DHL, HSBC, Direct Line, HMRC, BT, RS Components and Easyjet. In 2006, we established Polar Moment, acquiring a small training and change management business called SkillSet, where Paul Deed was working as a senior manager. Paul also has a 20 year track record of software delivery: working on critical systems at the Inland Revenue, then Pharmaceutical/BioTech software solutions, TV and now payments.

How have you found working with a trade association partner – is this set of circumstances new to you?

TS: Over the years we’ve worked with an incredibly diverse set of customers -from single-person businesses to Exxon/Mobil, as well as many public and third sector organisations. The support from the members and the co-operation with Bacta has worked very smoothly. I think that’s been helped by the clear goal that we’ve set ourselves and the determination of everyone involved to achieve it.

What stage is Yalp at and what are the next stages as we approach the new year?

TS: Security and reliability are key to Yalp and third-party penetration testing has started this week. We were determined to work with a reputable bank and are working through Barclaycard’s acceptance process – which is considerably more difficult for a start-up operation than an established business. Once we’ve completed that exercise, we plan to go straight into a live pilot in a few pubs before the official launch at EAG.

Why have you made the strategic decision to pursue a tier 1 financial partner – what does this bring to the table and why is it so important?

TS: It’s the guarantee of quality – not just that Barclaycard will handle all of the payment transactions securely and reliably but also that they impose high standards on customers like GPT. You can’t cut any corners or avoid rigorous scrutiny of your plans and operations. Smaller, less reputable banks have been handed sanctions by the card schemes if there are any issues with their customers. Sometimes, the customer has had to stop accepting card payments for a period and that’s not a risk that GPT or its customers can accept.

How would you describe the appetite within the gaming/gambling industry for a cashless solution – have you been surprised or impressed by the response to the Yalp solution?

TS: Interest is very high. I thought it would follow the general model of adoption – a few pioneers trying the technology out in a limited way with the largest customers biding their time. We are in dialogue with some very large customers already and hope to be able to make at least one major announcement this year.

In a sentence can you summarise what Yalp brings to the industry?