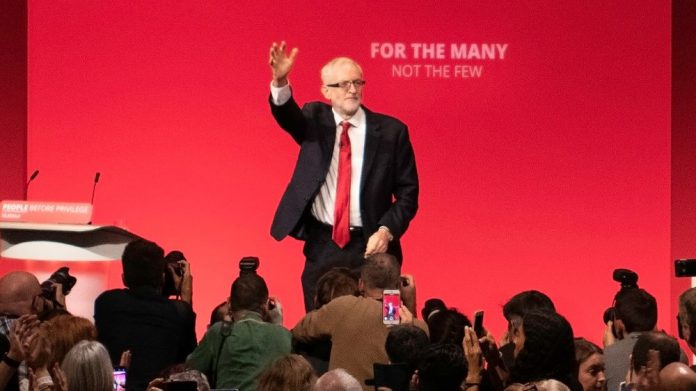 Alongside a series of sweeping pledges to upscale both public sector funding and workers rights, Jeremy Corbyn has promised to radically change the legislation governing Britain’s gambling landscape. So what does the future hold for gambling UK under a Labour government?

In a radical new manifesto which critics have labelled a throwback to 1970’s socialism, the Labour Party has outlined its intention to legislate for a brand new Gambling Act should it win the coming election in December.

The manifesto, unveiled by opposition leader Jeremy Corbyn last Thursday, called for “real change,” and laid out plans for vast increases in government spending in tandem with increased state control of broad swathes of the economy.

To that end, the gambling sector featured squarely in the Labour Party’s targets, with Corbyn calling for a complete overhaul of betting advertisement regulation, alongside a new gambling act which would ensure British legislation was “fit for the digital age.”

Of course, as is so often the case, Corbyn’s broad-stroke electioneering pledges were light on specifics, but the Labour leader did claim that any replacement of the 2005 Gambling Act would bring with it new “gambling limits” and a mandatory levy on major gambling providers. These funds would be channelled into “expanded” addiction treatment programmes.

Within a broader context, gambling firms would feel substantive change under a Labour government in the form of new mandatory requirements which would dictate the presence of worker representatives on the board of directors of all big business, with a further stipulation that 10 per cent of all company shares be set aside in a dedicated fund for employees.

“We will require one-third of boards to be reserved for elected worker-directors and give them more control over executive pay,” declared Corbyn in his address to party delegates last week. “When those who depend on a company have a say in running it, that company generally does better and lasts longer.”

Meanwhile, in what may well be a bid to placate nervous business stakeholders, Labour said it would conduct a review of the present businesses rates system, and consider transferring to a land-tax system to be levied at commercial landlords instead of tenants.

For his part, British Chambers of Commerce director general Adam Marshall welcomed the promise of action on rates, but took serious issue with Labour’s wider election stance on the economy.

“Command and control isn’t the way,” he told the Financial Times. “Excessive intervention in business governance and sweeping tax rises would suppress innovation and smother growth.”