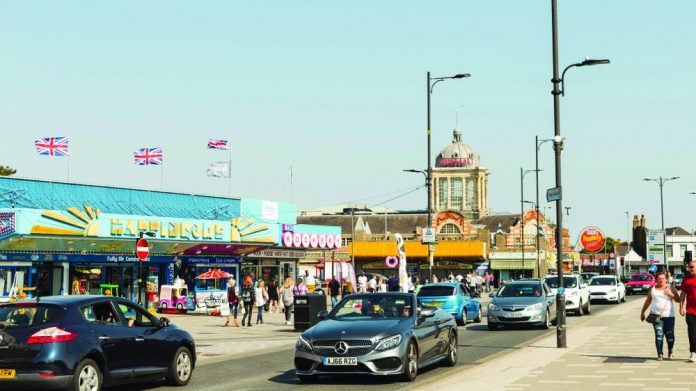 With all major parties promising a minimum wage increase ahead of the election, the BBC visited Southend-on-Sea to investigate just what effect a higher wage would have on staff, employers and visitors in the Essex resort’s amusement industry.

As election season once more brings promises from all parties of wage rises for low income workers, the BBC took to Southend to talk to the amusement industry about how the minimum wage works for staff in small, seasonal businesses.

With one in five of Southend’s population working in London, leaving the average annual salary £144 higher than for those employed in the town, the broadcaster visited the Essex resort to see what impact an increase would have on its staff and arcade owners.

“There has been quite a dramatic increase [in the minimum wage] in recent years,” Star Amusements manager John Remblance told the BBC. “At peak times, we can absorb the costs but it stretches us even thinner for the rest of the time. The hard season is getting even harder.”

With staff wages the primary cost for arcades, operators are increasingly looking for staff below 25, the age when the minimum wage of £7.70 an hour becomes the National Living Wage of £8.21.

With managerial salaries remaining steady while lower pay increases, a young staff with no desire for promotion can mean employees increasingly see the job as transitory, a fact not helped by Southend’s particular earnings imbalance.

“The minimum wage isn’t enough to be able to live by myself, and it is too expensive to live in Southend in the long term,” said Star Amusements cashier Amber Scraggs. “Developments are for people living here but working in London.”

Already, the election campaign has seen Labour calling for a £10 minimum for those over 16, and the Tories suggesting the age limit for the National Living Wage is brought forward by four years, and raised to £10.50.

Alongside the promises, a recent study commissioned by former chancellor Philip Hammond suggests little or no evidence of job losses as a result of increasing minimum wage.

However, any increases in the figure may first need to be reflected in the UK economy, which this quarter saw its slowest growth in almost a decade, avoiding recession by 0.3 percent despite the Conservative’s much-heralded economic aptitude.