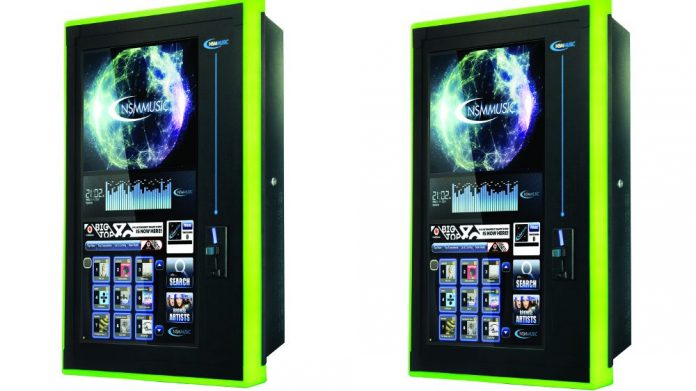 The ‘Free-Play’ trial of an NSM Thunder Jukebox at Mitchells & Butlers’ Hull-based pub, The Lambwath has been described as ‘a real success’ by the leading manufacturer and the pub industry heavyweights.

The NSM/M&B research project has offered four core outcomes; customers at The Lambwath are staying longer and enjoying the free entertainment later; wet sales within the location have seen a marked, month-on-month increase; footfall within the venue has grown, creating a livelier atmosphere; and take on fruit machines has increased.

Dave Tyblewski, General Manager at The Lambwath, confirmed: “We had an NSM Jukebox on Free-Play earlier this year in a smaller trial and saw an impressive surge in revenue. The machine was removed for a little while so we could make sure it was the jukebox that caused the spike – it was. During the last month, the return of Free-Play has seen a return of those numbers and an atmosphere that prompts customers to head for The Lambwath.”

NSM’s Free-Play jukebox has continued to perform very strongly during Friday, Saturday and Sundays. Customers normally leaving at 8pm to seek out entertainment elsewhere now remain at The Lambwath.

A more interesting trend appears to be the way in which Free-Play music works in tandem with live midweek football. When games end, customers ask The Lambwath to turn NSM’s jukebox back on. The move suggests a changing of perception amongst customers, grouping free-to-watch European/Premiership football with a free-to-play music offering.

NSM’s Alex Kirby noted: “I think we’re at the start of sea change for the way jukeboxes are viewed by operators and end-users alike. Operators are seeing jukeboxes very much like they see live football – entertainment they supply to maintain the quality of their leisure offering.”

Tyblewski suggested that he believes that there is even more to come from Free Play’s organic growth: “Over the course of the last month, I’ve watched my customers get more and more comfortable with Free-Play to a point where they’re creating their own evenings. Sunday evenings, for examples, is all about smooth 70s/80s sounds. That’s not something I’ve done, it’s my customers creating the soundtrack they want at a certain point of the week. Putting entertainment in the hands of my customers is a sure fire winner, it’s going to be fascinating to see where else Free-Play goes.”