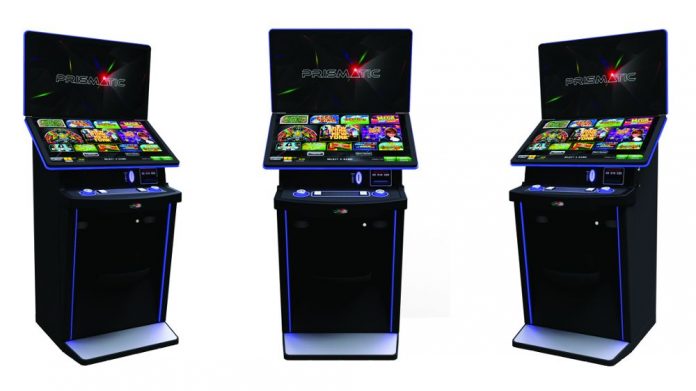 With new titles such as Center Point from Harlequin Games, Reel King Multiplier from Astra Games, and Win Zone from Bell Fruit Games, the Prismatic and the Prismatic Lo Boy offer a colourful range of content for all types of players.

If the relatively recent successes of Netflix, Spotify, and Amazon prove anything, it’s that a wide range of high quality content is the key to leading the market – and that’s what Astra Games have produced with Prismatic and the Prismatic Lo Boy.

In 2019, consumers are no longer willing to compromise on quality for the sake of quantity, or vice versa. They want both, and they want it to be user friendly. The birth of digital has given the amusements industry the technological tools to adopt this model, making it possible for completely different types of games to all be available on one product. The challenge for the industry, however, has been bringing enough varied content together on one platform; for the model to be successful, it can’t just be different shades of the same colour – it has to be the complete rainbow. By working together with game development teams within the same parent company, Astra is the first manufacturer to take this challenge head on, combining its own titles with that of Bell Fruit Games and Harlequin Gaming’s to create a truly diverse content menu for the Prismatic range of machines.

And with every new content release from the combined creative force, Prismatic’s appeal solidifies. This is a key component of the model, as like with the Netflix and Spotify, Prismatic’s games menu must be dynamic to earn a following from its players. An indicator of this loyalty is Prismatic’s proven ability to take ‘new money’, showing the product’s propensity to earn additional engagement from players, rather than taking pound coins that would have been spent anyway.

The next natural step for Astra Games, taken at this year’s ACOS, was to share Prismatic’s success to all areas of the industry, particularly the centre space of AGCs. While not as pronounced as it’s big brother, the Prismatic Lo Boy has been proving to punch just as high with its cashbox income on test – showing its content shines through wherever its position, AGC, pub, or bingo hall.