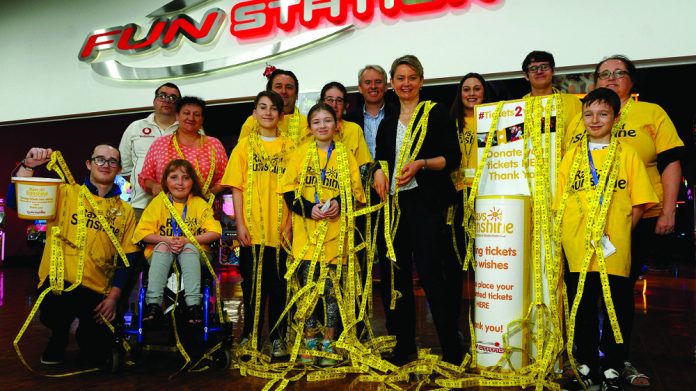 Bacta’s #Tickets2Wishes initiative has proved to be a hugely successful partnership between the trade association and one of its key beneficiaries, the children’s charity, Rays of Sunshine.

The ‘Wishes’ have not only created wonderful memories for deserving families but they have also involved members of the public who have donated their spare redemption tickets to help raise funds. Bacta members from across the country have got behind the scheme, alongside high profile parliamentarians who have lent their support to unique VIP Days for the children and their families including The Rt Hon Yvette Cooper MP, who previously served as Shadow Home Secretary and Shadow Foreign Secretary and The Rt Hon Amber Rudd MP, who was Home Secretary (2016-18) and most recently Secretary of State for Work and Pensions, a post she stepped down from in September. Reflecting on the success of the initiative, Bacta President, James Miller said: “When we came up with #Tickets2Wishes we wanted to do something that would help make happy memories for families who may not be having such a fun time. #Tickets2wishes seemed like the perfect way for us to help raise money for Rays of Sunshine and, at the same time, engage with our customers and the community at large. “We’ve found that #Tickets2wishes also represents an excellent opportunity for businesses and the industry, to benefit from positive PR and extend their social media profile particularly through the VIP Days. It’s very important to promote the positive fundraising stories on social media: it has helped to raise the profile of Rays of Sunshine and shown the positive side of the industry. It’s a great partnership and very fulfilling for everyone involved – the charity, Bacta members, the customers, the industry and most importantly, the wish families. It’s a really straightforward and fun way to raise money and brighten the lives of children who need it most. The following examples provided by Rays of Sunshine pay testament to the heart warming impact of #Tickets2Wishes and what has been achieved thanks to the support of bacta members.We are an industry of family businesses which provides hours of of fun to thousands of families each year. As such we recognise the needs of other families, especially when life doesn’t always go to plan and with Tickets 2 Wishes we can help others have a fun time too.”

REGGIE’S WISH TO GO TO LEGOLAND

Reggie, 13, from Portsmouth, is living with a condition called Prune Belly Syndrome, which

means he has to have dialysis three times a week in hospital, as he was born with only one kidney. Due to this, he has to be on constant medication and may need a kidney transplant in the future. Reggie loves all things LEGO. Thanks to your support, Rays of Sunshine was able to grant his greatest wish to go to LEGOLAND in Windsor and stay in the LEGOLAND Resort Hotel. The trip allowed Reggie to have some fun and create precious memories with his family.

Ellie, 19, from Kent, is currently living with Hodgkin’s Lymphoma, a cancer of the lymphatic system. Due to this, she has had to endure intense multiple rounds of chemotherapy, which has meant a lot of time in hospital and periods away from family and friends. 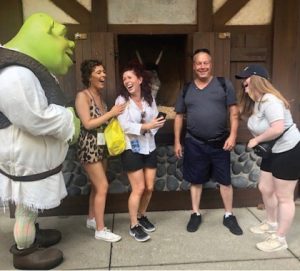 Lexi-May, 9, from Ipswich, is living with Cystic Fibrosis, a genetic condition that affects the lungs, liver, kidneys and intestines. Because of this she has to take regular medication, visit hospital frequently and do daily physiotherapy. Her greatest wish was to go to Disney World in

Florida with her family. Rays of Sunshine was able to send Lexi-May’s family to enjoy a fun-filled trip to Disney World in Florida, where every aspect of the trip was organised and paid for, including insurance, transfers, park tickets and accommodation.

15-year old Charlie from Llanelli, Wales, is currently living with Renal Failure, a serious condition that affects the kidney. Due to this, he has spent a lot of time in hospital having regular dialysis, before having his kidney transplant.

Charlie still has to have monthly hospital check-ups to ensure his kidney doesn’t reject and to monitor his health. After everything Charlie has been through, his greatest wish was to 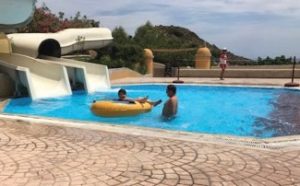 go on a family holiday to Spain. Thanks to your support, Rays of Sunshine granted Charlie’s greatest wish, where he got to spend some precious time away from hospital and enjoy activities he hadn’t been able to do whilst having treatment. Particular highlights for Charlie were Snorkelling and trips to the Waterpark all things that he would never have been able to do during his time on dialysis.

Bobby, 6, from Selby, is currently living with a serious and complicated immunology illness. Due to this, he has had to endure a bone marrow transplant, which meant spending a lot of time in hospital for treatment and isolation following the procedure, which has meant a lot of time away from his family. Bobby’s greatest wish was to go to Disneyland Paris to meet all of his favourite Disney characters. Thanks to your support, Rays of Sunshine granted his greatest wish to go to Disneyland Paris, where he got to spend time making memories with

his siblings and parents.

Ethan, 7, from Penicuik, Midlothian, is living with Neurofibromatosis, a serious genetic condition that causes tumours to grow. Due to his condition, Ethan is also living with Scoliosis, linked to a tumour that has grown on his spine, which means he has to wear a brace. Since being diagnosed in 2016, Ethan has had to spend a lot of time in hospital for MRI scans, oncology 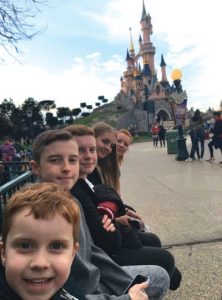 appointments to check on his condition, eye exams, speech therapy and has to be closely monitored to ensure his tumours do not grow. Ethan is fascinated with nature and loves being outdoors. Thanks to your support, Rays of Sunshine was able to grant his greatest wish to go to Center Parcs and enjoy all of the activities on offer. Ethan especially wanted to go swimming, go on the pedal boats, and go in the forest on a bike.

TO FIND OUT MORE ABOUT HOW TO GET INVOLVED WITH #TICKETS2WISHES SIMPLY CONTACT BACTA CEO, JOHN WHITE: JOHN.WHITE@BACTA.ORG.UK