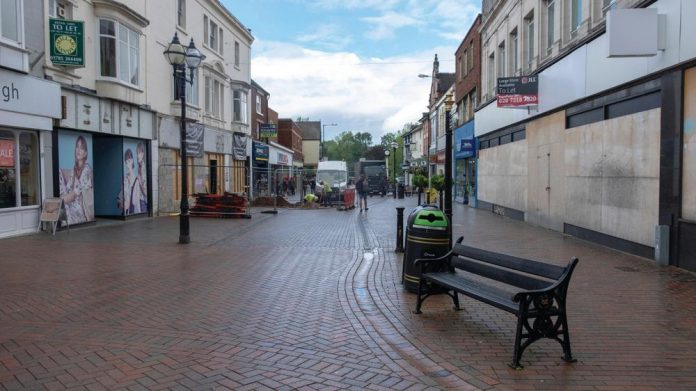 Is Britain’s high street screwed? The British Retail Consortium paints a disturbing picture; the labour leader has put himself forward as the saviour riding into town on his donkey; the Tories screech it’s not them …. And still business rates are crippling, online firms are rampant and the bookies and the pubs are running to the hills. So, whatcha gonna do it about it?

As you may have already read, labour leader Jeremy Corbyn spent last week promising policies to put shops back on the high street. Well, he certainly has his work cut out on that pledge.

A report by the British Retail Consortium and Springboard has reported the number of empty shops on British high streets has hit a four-year high, with vacancy rates hitting 10.3 percent this July.

The same month also saw high street footfall drop by 1.9 percent across the country, the lowest figure since 2012, with footfall at shopping centres dropping 3.1 percent, and by 1.2 percent for retail parks. “Retailers have faced a challenging environment this month,” said BRC CEO Helen Dickinson in the July report.

“Sluggish sales growth and declining footfall also contributed to the rise in town centre vacancies, which rose to their highest level since January 2015.”

With online retail’s share of the market currently sitting at 19.3 percent – ten percent higher than 2018, and a fraction of BRC’s 53 percent share prediction for 2028 – bricks and mortar retail continues to suffer.

However, the report highlights just how integral a functioning high street is for the UK’s towns and cities, and urges both shoppers and local authorities to consider their role in preserving it.

“High streets and town centres play an important part in our local communities, and we should be concerned by the rise in empty storefronts.”

A little late in its realisation and rallying call, these latest figures will not include the several thousand betting shops that are planned for closure over the next few years. The British high street is under intense strain, at a time when the British economy is working its way towards, as Brexit architect Michael Gove concedes, a bit of a bump.

If that’s a perfect storm, then no surprise nobody is heading to the high street.