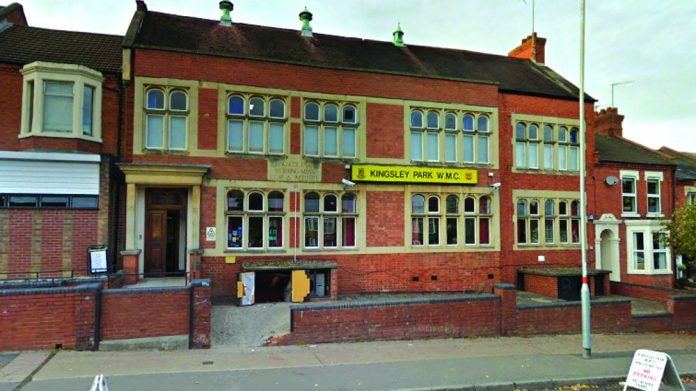 Barry Slasberg has spent years challenging HMRC to repay VAT to his working men’s club. But he’s been swiped aside by a taxman, armed only with legally untested assertions on their part. And this week Slasberg has had a setback – he’s been been forced to retire – but even that won’t stop his campaign. He has vowed to continue the fight, and it’s one that, if he wins, could deliver a bill to HMRC amounting to several hundred millions of pounds. No wonder they keep ignoring him.

He has battled for six years to force HMRC into repaying VAT monies, which he attests were wrongly extracted, back to his working men’s club. It’s been a campaign as colourful in language as it was brutal in content. But Barry Slasberg’s strategy has been forced to change: the hardened campaigner has been struck down, not by the armies of dismissal at Customs and Excise, but by Parkinson’s Disease.

The voice of protest for working men’s clubs all over the country has stepped down from his official post at Kingsley Park WMC. Much to the relief of those he has described as “liars”, “bullies” and “dishonest” forces at HM Customs & Excise?

“I have just retired from Kingsley Park WMC,” he advised Coinslot, “but they have given written permission to continue pursuing the debt as long as it is at my expense.

“This is my resolve.” And that is some resolve; Slasberg has just been diagnosed with Parkinson’s, which alone would be enough to contend with. But he has been well trained in the far reaches of the condition; for the past decade whilst he has been fighting to recover Kingsley Park’s VAT monies back from HMRC, he has also been battling on his home front.

He explained: “I have been a carer for my wife who has had the same ailment for many years. And now I am in the same position, I felt it time to retire from employment at the club.”

To most this cruel concept of a ‘perfect storm’ would be the end of the VAT reclaim matter. To Slasberg, it appears to be a new beginning.

He said: “Whilst I would much rather be doing other things with my valuable time, I absolutely refuse to allow this swindle to go unrectified.”

Wowzer. If Slasberg was getting under the skin of the authorities as a senior citizen from a seemingly insignificant WMC, the prospect of a senior citizen, retired due to ill health, caring for his own wife, and clenching his Parkinson’s diseased fist in the face of HM Customs & Excise on behalf of his hard done by friends at the working men’s club …. well that would be particularly unedifying for any agency of Her Majesty’s government to disregard, even the renowned hard-nosed “bullies” at Customs & Excise.

Still awaiting official responses to his rallying call for support from the official trade associations representing the interests of working men’s clubs, and indeed his last correspondence to HMRC itself, they might all be forgiven for thinking that tardiness in replying to Slasberg has now turned into unnecessary.

Think again. Slasberg has already started to move the pieces on the battle map in his VAT war room. “Dear Janet (Janet Alexander, head of Individuals and Small Business Compliance), I wish to update you on my position regarding £36759.53 owed by HMRC to the club….,” he started to read out loud.

And yes, you probably know what’s coming next: downed by disease, but determined by dismissal from the authorities – this is what the British bulldog spirit is all about!

A campaign that simply will not go away, Slasberg, Parkinson’s or not, is adamant on seeing this through as his proposed letter continues: “I am fully aware that threats will be like water off a ducks back to you, but you have my absolute promise that I will use every means at my disposal to continue this fight until satisfactorily resolved.”

One man’s wry realisation might be another government department’s respect for its responsibilities to individuals and small businesses. Well, one might expect that it should be.

But this is Customs & Excise, a battle-hardened sole campaigner, and an interpretation of a European ruling that still hasn’t been tested in court. Until then, it appears the battle will continue to rage.