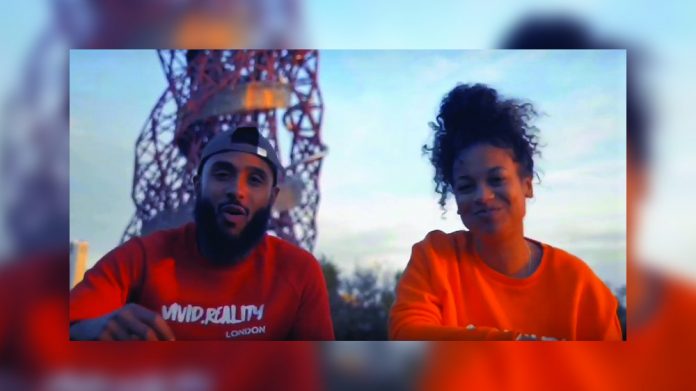 With many retail outlets being replaced by their online equivalents, VR gaming lounges such as the proposed Vivid Reality in Homerton could contribute to a possible solution for the UK’s ailing high streets.

A virtual-reality gaming lounge and vegan dessert bar has opened in Homerton, filling in one more piece of the London district’s high street puzzle.

Vivid Reality is the latest VR gaming venue to launch in the UK, with a steady flow of new sites having opened up on the country’s high streets over the last two years, each with their own twist on the new technology.

For co-founders Rebekah Douglas-Bagley and Yemi Shodipo, the Vivid Reality business model is about reading the local demand and putting some excitement back into Homerton.

“We opened up this store because we’re bored, aren’t we?” said Douglas-Bagley. “We’re bored of the same old: the same activities, the same chill spots. We wanted to escape our boring reality, and immerse ourselves in to something new.”

Downstairs is a chill-out spot furnished with a private cinema, bean bags, sofas and retro games, then on the top floor is the vegan dessert bar, where the venue offers coconut and vanilla protein pancakes and chocolate chip muffin platters. There’s also fresh juices and create your own milkshakes. Of course, all of the above are to be 100 percent plant-based.

“We wanted to do something where we were the owners, and we are both vegan and love gaming,” adds Shodipo. “It’s exciting for us; we like trying new things. It’s a new venture to give it a go and try something different.”

Shodipo and Douglas-Bagley introduced Vivid Reality to Westfield shoppers last month to get an idea of their audience’s view towards VR.

“That’s our target market – somebody who wants to try VR for the first time,” Shodipo explains. “For someone who doesn’t have the equipment at home, it’s a chance to come and have a go. You’re fully immersed. It’s crazy; when you’ve got that headset on, you’re actually there. You actually feel like you’re in the game.”

Indeed, this is one of the reasons VR may start to hold a permanent place on UK high streets in the coming years. The tech is advancing so fast that consumers are wary about buying the expensive equipment for home use, opening up the opportunity for VR operators to fill the space. Alongside the high-tech gear, traditional amusements are the perfect compliment to contrast against the sensory intensive VR games, with Vivid Reality following this strategy with retro games on the ground floor.

It’s a business model that appears to be working for VR arcades so far, but whether it will enable the concept to become a much needed stalwart of the UK high street; only time will tell.