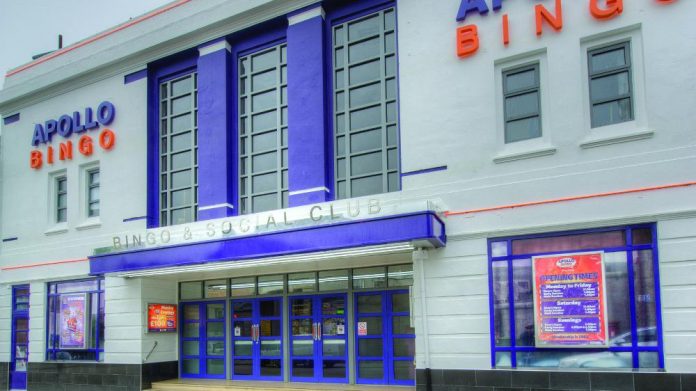 With over 40 years experience serving the Camborne community, Apollo Bingo Club brought both current and former members together on 3 June to celebrate its refurbishment, with the popular local hall showing no signs of slowing down.

The Apollo Bingo Club in Camborne celebrated the completion of external and front of house refurbishment on 3 June, with the Mayor of Camborne, David Wilkins, cutting the ribbon on the newly renovated building. years, the Art Deco building was given a fresh update as part of a capital investment programme by Majestic Bingo Limited, the Spalding-based operators of the Apollo brand.

“I was delighted to be invited by our local General Manager, Mark Durrance, to attend their relaunch and to see first-hand what our investment has been able to do at the Apollo in Camborne,” said Majestic Bingo managing director Mark Jepp.

“Mark is a great ambassador for our company and proud to be part of the local community. As a local resident living in the town itself, he’s also a Director of BID Camborne helping to promote tourism and the future success of the town itself.”

The club’s reception and amusement arcade area, situated at the entrance of the building, has been given a full update, creating a private area for gaming set to receive a suite of new machines in the upcoming months.

The building work was undertaken as part of Majestic Bingo’s ongoing investment in the Apollo brand, a network of eight clubs purchased by the firm in 2014 from Top Ten, which forms half of the firm’s bingo offering.

Following the ribbon-cutting, the evening celebrations saw BBC Radio Cornwall’s Freddie Zapp providing entertainment for the assembled guests, with Jepp adding “as owners of one of the last two remaining bingo Clubs in Cornwall, here’s to another 40 years.”