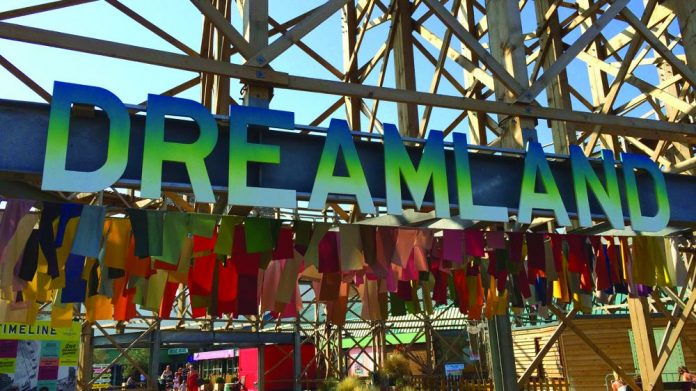 After a record-breaking start to the season, Kent amusement park Dreamland is to keep entry free for the remainder of the year.

Dreamland Margate has confirmed that it is to remain free to enter for the rest of the season after experiencing a record-breaking start to the year.

Before the seaside amusement park opened on 6 April, it had announced that it would be waiving its usual £5 entry fee and offer all visitors free entry until 24 May.

However, its management have decided that the waiver will remain in place throughout 2019 after more than 100,000 people came through its gates in the first fortnight.

Chief executive Eddie Kemsley said: “We’ve had a phenomenal opening season, with nearly five times the number of visitors we had last Easter.

“We expected an uplift in visitors when we changed to a free entry offer, but the boom in visitors in the past few days has been staggering.

“We are so grateful to all the local families, the holidaymakers and the day trippers who spent their Easter break with us and left such positive reviews.

“What better way to say thank you than by keeping the park free to enter for 2019, so they can all visit again and again?”

Dreamland’s management said the warm and sunny weather that lasted the duration of the bank holiday weekend, the Camp Bestival music festival takeover currently running at the amusement park and the continued rise of the staycation holiday helped account for the huge boost in footfall.

With the entry fee remaining waived, visitors will now be able to pay per ride or purchase a wristband offering unlimited rides per day.

Kemlsey added: “The atmosphere in the park has been fantastic. Thousands of people from London and further afield have been enjoying the sun-soaked park alongside our Kent customers, and our team managed this surge in numbers smoothly and with a big smile on their faces.

“While our free to enter offer is certainly compelling, I think we’re seeing more and more people choosing to take a ‘staycation’ in the UK than travel abroad for the holidays.

“With the beautiful beach and the town’s galleries and quirky-cool shops on our doorstep, Margate is a magnet for people wanting a slice of seaside and culture without breaking the bank.”