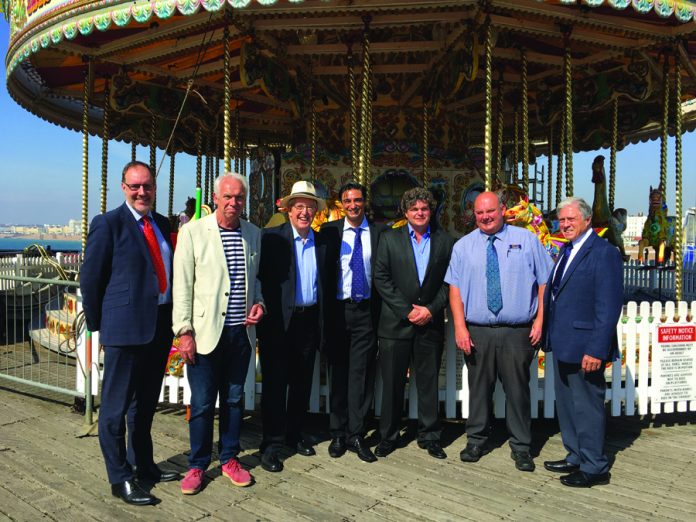 Brighton Pier’s Anne Ackord and a delegation of top Bacta officials gave Lib Dem and labour peers a tour of the city’s amusements industry during last week’s party conference. The message was very clear: more needs to be done to maximise the opportunities that Britain’s seaside communities can offer.

Lord McNally: “Do you feel you have the right voices in government representing the tourist industry?”

Anne Ackord: “No. There isn’t a full brief or a Minister for Tourism. The tourism brief is added on to a range of other portfolios.” And there you have it; the UK amusements industry giving it to you straight.

Lib Dem and Labour peers were given a clear insight as to life in a seaside resort when it staged its party conference in Brighton last week. And delivering that direct message were Anne Ackord, CEO of the Brighton Pier Group, Bacta President Gabi Sterdiges, Vice-President James Miller and CEO John White CEO.

Lib Dem Lord McNally (Tom McNally) and his Labour counterpart Lord Bassam (Steve Bassam) were given a first hand tour of a British seaside amusements operator, with all the pros and cons that come with it. Visits to Brighton pier and arcades enabled the industry representatives to put seaside regeneration at the forefront of the political agenda. After all, the lords were members of the recently formed Lords Regenerating Seaside Towns Committee.

The list of issues raised, as expected, were long and well versed: Ackord and Miller had been living with them on the operational side for decades.

Miller explained: “Staycations may be up, but transport links are down. It is the connectivity to towns which is a problem,” a point that resonated with the political dignitaries. “Businesses rely on footfall and people need to be able to get to these destinations and back. And high car park prices also put people off.”

Anne Ackord, whose work in Brighton has done much to drive the city’s profile forward, was cognoscente of the need to adapt. “When it comes to seaside regeneration the biggest task and challenge is marrying up the traditional with the new and making it appealing for visitors,” she told the Lords. “Brighton Pier has 4 million visitors a year but only half of these visitors end up spending money on the pier. Much more needs to be done to encourage staycations in Brighton and in coastal towns across the country. Arcades are a third of the business on Brighton Pier and they have taken a hit in recent years.” 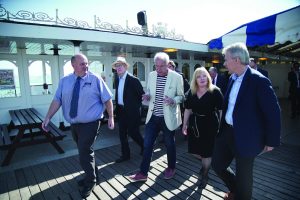 It was a point Lords McNally and Bassam could not dismiss. “We need to find a way of enabling each seaside to have a unique selling point. We need to encourage local authorities to work better with seaside communities,” he replied.

John White pressed the point for more coherent action. “There needs to be more joined up thinking with various levels of government over car parking prices – for example. One car park is run by a town council and charges X whilst on-street parking is run by the borough council and charges different rate.This doesn’t help the tourism model for local businesses.”

And machine manufacturing, too, was on the agenda. Not surprisingly given how important production and industry jobs are in the post-Brexit age. Gabi Stergides was able to deliver the distinct differences of machines to the Lords and explain,counter to much hysterical commentary, that seaside amusements is about fun.

Lord McNally said: “I was delighted that my presence in Brighton for the Lib Dem. Conference enabled Steve Bassam and I to team up to hear BACTA and Brighton Pier executives to hear about the contribution amusement arcades and piers make to the success of our seaside economy. As Lord McNally of Blackpool, it is always a pleasure to visit bright and breezy Brighton – my second most favourite seaside town.”