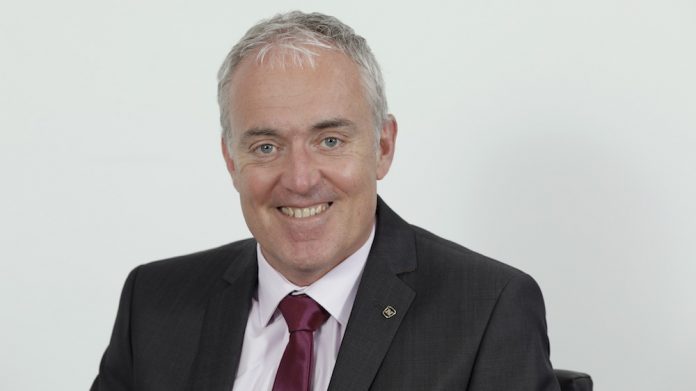 Tony Glanville, MD of RLMS Sales, talks to Coinslot about distribution, new brands and the need for a good ACOS. “We need a good, strong and optimistic event for industry,” says the well-seasoned RLMS chief.

Coinslot: How has the role of the distributor changed and what does the role bring to the industry table?

Tony Glanville: It’s changed massively in the period that I’ve been involved in the industry.

Fundamentally distributors have moved from being largely office based to the current situation where my team spends most of their week out on the road and meeting with customers. If they are not with customers they are in the locations that we sell into, observing how players interact with the product offering, what’s popular, what’s not and generally immersing themselves in the environment.

It’s a lot harder to be an effective marketer or salesman if you don’t have an affinity with or knowledge of the sector. I think we’ve moved away from simply promoting products to take on a more consultative role building a picture of the market rather than simply referencing a static set of numbers.

The information that the team accumulates not only informs their own role but it’s also fed back into the content developers and games designers.

The modern distributor listens an awful lot more and as a consequence,is much better equipped to do his/her job effectively.

CS: The introduction of the Bulldog brand represented a big diversification, how has that worked?

TG: Any brand that achieves a dominant market position in its debut year has to be considered a great success and I’m extremely proud of our role in achieving that.

Bulldog represented an important diversification for RLMS and one that my team responded to with great energy and skill.We approached the sales and marketing campaign with both imagination and insight and the sales we achieved were as a result of a great team effort involving every department within the combined Bulldog and RLMS teams.

It was a huge learning curve and we’re looking forward to building on the success of year one. It’s a great brand with a great future.

CS: Is this the most comprehensive range that RLMS has brought to ACOS?

TG: I think it probably is. It combines gaming with non-gaming, analogue with digital and covers AGC, FEC, pub, club and bingo.

With B3 we’ve got both compendium and single game interpretations and we have both hi-tech and lo-tech approaches. There’s key firsts with iPub3 and of course Bulldog, so I think it’s not only a comprehensive offering but one that’s integrated and joined-up offering something for every visitor to ACOS.

TG: We’ve all been to shows which for whatever reason simply haven’t worked. That’s not the case with ACOS and the relocation to Olympia has been very positive.

With due respect to Stamford Bridge, a stadium close to my heart,it is exactly that,a football stadium. Olympia feels right and certainly the experience last year was sufficient for us to book more space.

Exhibitions do reflect the industry that they serve and I hope that next week fulfils everyone’s expectations and that we can move forward and build on that important commodity – optimism.

Because there’s no doubt that we need a good, strong and optimistic event for the industry.