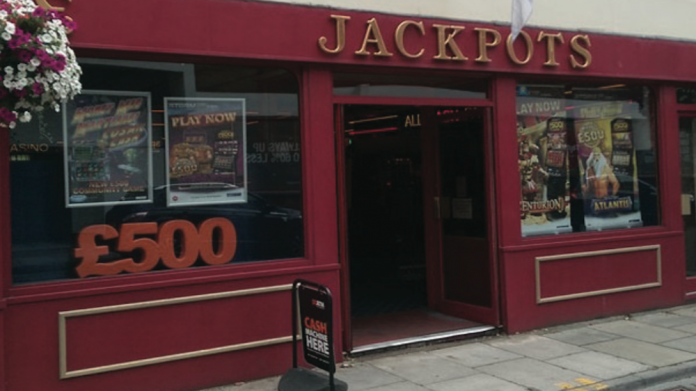 President Putin, Porton Down, or someone else entirely?

Whoever is responsible for the Salisbury poisonings, they are also to blame for the closure of the town’s only AGC, says Jackpots owner John Liang, speaking exclusively to Coinslot.

Salisbury’s only AGC has closed its doors following two high-profile instances of poisoning in the town that remain shrouded in suspicion.

Jackpots, operated by JGL Leisure, is only a few hundred feet away from sites visited by the Skripals and the second Novichok victims, and has suffered a reduction in business over recent months.

“We had a good year last year, and while this year was a bit more of a challenge, the poisoning really killed it off,” explained John Liang, owner of JGL Leisure. “I’m probably the only AGC operator in the country whose business has suffered due to international espionage.”

Fortunately for the Portsmouth-based operator, he has successful AGCs in Fareham and Southsea to fall back on, with Salisbury being “a little bit out on a limb” even before the incidents.

“We gave it a couple of years, but now we’re going to focus on our other ones, and hopefully nobody will get poisoned in Portsmouth,” continued Liang, who – at the time of this interview – was also hoping to get support from the local authorities to cover any outgoings. “It might be a bit late to help us out, but at least it will be something to help with the bill.”

However,due to already deciding to close before the application was accepted, Liang subsequently informed Coinslot that he has been refused any aid – despite such difficult circumstances for all local business owners.

“A lot of businesses are really feeling the pinch. Hotels have dropped their prices, they’re advertising Salisbury gift cards to help with the businesses, and there’s free parking in the evening,” he noted. “The town is trying to draw people back so they realise there is no longer a problem here.”

But it’s going to be an uphill battle. If the Skripal poisonings were the fool-me-once for the Salisbury-visiting public, the death of Mrs Sturgess only four months later was the fool-me-twice.

“The problem with the second one is that it was people from out-of-town that came in for the day and got poisoned, and that obviously is going to put people off coming,” said Liang. “But I believe firmly that in a year’s time that all this advertising will be good for Salisbury, but it’s going to take a while. There are people who visit Chernobyl and places like that – people just like to go and see where it all happened. I was talking to a couple from New Zealand recently who were staying locally, but came into Salisbury town centre specifically to see where the poisonings happened. It has definitely has put Salisbury on the map.”

And there’s nothing more alluring to tourists – nothing more timelessly tempting – than an unsolved mystery, which is what Salisbury now represents for Liang.

“I don’t really fully believe any of the stories I’m hearing,” he concluded. “So I’m not saying Russia is definitely responsible, because there’s been so many conflicting stories.

I think local people don’t really believe the stuff they are hearing in the media. There’s a degree of suspicion in Salisbury now.”

One thing is certain, sadly. The poisonings have taken their toll on Salisbury’s only adult gaming centre.