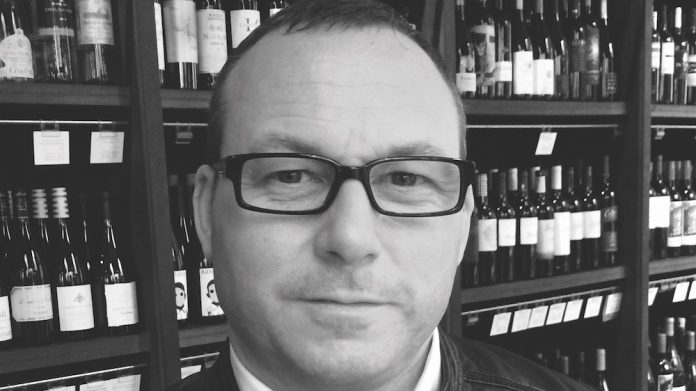 With a showman’s family background and decades of experience working across the amusements and gaming sectors, it’s fair to say the industry runs in John’s blood.

As co-founder and a Director of GB Media, John has helped build the company to become the most active b2b publisher in the gaming space responsible for Coinslot – the world’s only weekly print and digital amusements industry publication – International Casino Review and iGaming Times as well as a host of specialist business titles, company newsletters and stakeholder magazines.

Magic Moments by Perry Como. This song always reminds me of my dad, he would sing it walking around the family home and for some reason thought it was funny!

Song that reminds you of your teenage years?

Babylon’s Burning by The Ruts. I love Punk Rock. I used to pogo dance
to this track under strobe lights at a punk disco in Preston and come home full of bruises from all the kicks I received.

Rod Stewart’s Sailing. You can’t beat a bit of Rod! I’ve seen him three times in concert the last time was at Caesars Palace in Las Vegas with Kate Chambers now Managing Director of Clarion Gaming.

The Adventures Of The Hersham Boys by Sham 69. I asked my aunt to get it me as a Christmas present and it came as a double LP with bonus 12” single of Borstal Breakout and If The Kids Are United. Brilliant stuff and I still have it today.

The Beatles A Day In The Life. I love the city of Liverpool – the people, the football team and The Beatles.

Any song by Neil Diamond. I’ve seen him twice in concert, bizarrely once at Bloomfield Road, the home of Blackpool Football Club.

Always Look On The Bright Side Of Life. I loved Monty Python’s Life of Brian but the Manchester United faithful killed this song.

Song that makes you want to get up and dance?

My wife Ann and I have cleared many a dance floor strutting our stuff to Northern Soul and Motown classics. Tears Of A Clown by Smokey Robinson & The Miracles is an all- time favourite.

You’ll Never Walk Alone sung by the Anfield Kop! It doesn’t get any better than hearing 50,000 Liverpool fans singing this in the moments before kick off at their home stadium.

Last song you heard before this moment?

Gerry Cinnamon’s Sometimes – what a tune! I listen to Radio X everyday, it’s a great radio station to hear music from up and coming bands.

Blue Monday by New Order. It was the start of the Manchester scene, Factory Records and The Hacienda. I saw New Order headline at Glastonbury Festival in 1987, they didn’t disappoint!

You can buy the Playdium – the UK’s top earning jukebox – for just £14.50 per week. Benefit from a 2 year warranty, no fixed music fees from day 1 and your jukebox delivered within a week. For more information and to arrange a demo, call Toby Hoyte on 07970 229124 or email toby@soundnet.net