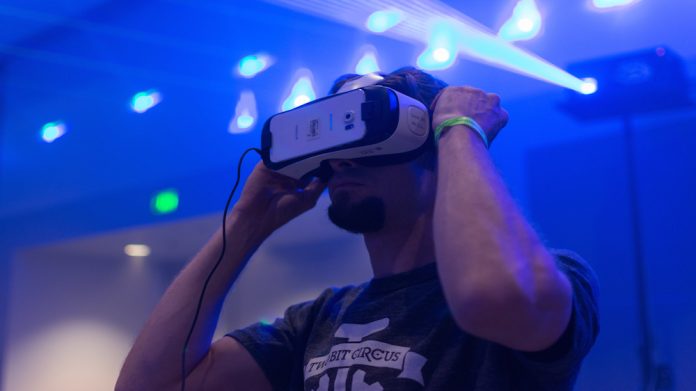 With news of yet another bespoke virtual reality venue in the UK, Chris Webster thinks a sweet-spot of opportunity finally presents itself to the innovating arcade proprietor.

Pundits have been touting virtual reality as a prospective game-changer in entertainment for over thirty years. The concept, meanwhile, has been knocking about even longer, even being partially realised as a training tool by the US military as far back as the late 1960s.

As a child of the early 1990s,my first introduction to the potential of VR came with Knightmare, the kids show which pitted a young team of aspirant dungeon strategists, and one chosen champion plucked from their ranks, against a green-screen CGI world of dungeons, dragons, and whichever denizens of the underworld the production team at CITV could realistically portray from its pool of out-of-work actors. I remember it well, because it was very, very good. The idea of immersion in this alternate fantasy world was incredibly exciting to my little boy mind. I’d sit before the telly full of envy for whichever lucky hero got to don “The Helmet of Justice” and dive headlong into fairytale.

But it was all bollocks. It wasn’t virtual reality. The Helmet of Justice, this tremendous mysterious headpiece seemingly endowed with the power to create entire worlds, was nothing more than a bucket with some horns tacked onto it. There was no wizardry inside: magical, technical or otherwise.The poor anaemic little berk wearing the thing was numb-to-the-world, forced to stumble blindly around a spartan television studio in some commuter town somewhere, as his comfortable mates shouted shrill, barely-audible instructions to him through a speaker off-screen. All the visual wonders,laughably crude by today’s standards but enchanting at the time, were created post-production. The whole thing was a dirty, rotten fun loving con. And herein lies an analogy for VR’s potential as a whole. For three decades, the prospects for viable pay-to-play VR arcade experiences have been purely conceptual, with us remaining firmly in the realm of “one day,” and “in a few more years.”

No longer. Indeed, a new window of opportunity now opens for arcade owners, where VR experiences aren’t just good, but also reliable and immersive – and in demand across a far broader market than once filled the cashboxes of the video titles of yesteryear. Now, as then, the average punter doesn’t have the cash or floorspace for the latest in video-gaming entertainment. Ladies and gentlemen, I submit to you that time is not linear ,but cyclical. That the video market is on its way stridently out the grave. And that with VR, destination gaming as we once knew it is firmly back on the menu.