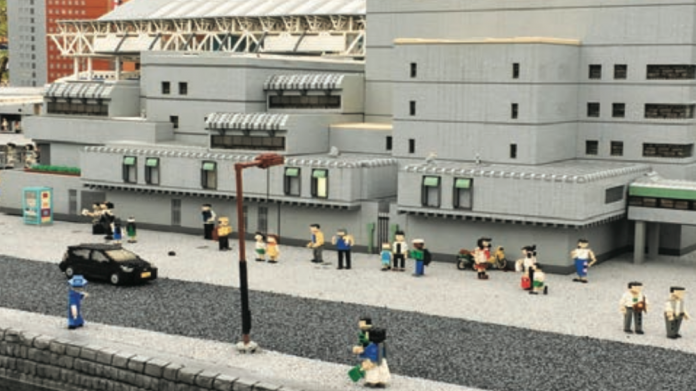 Europe’s largest attractions operator attributes a decent revenue performance in the first half of the year to recent and continued investment in its on-hand resort accommodation. Merlin has waved a magic wand.

Merlin Entertainment are always a useful yardstick for gauging the vitality of the global attractions trade: and it’s good news as far as the first half of 2018 is concerned, with the company’s interim financials showing a 4.5 per cent rise in revenues for the year-to-date.

National profit has been a different story however, with the operator suffering a tumble of £10m just over 14 per cent – in this metric.
Merlin have attributed the discrepancy to “adverse foreign exchange movements” – code for the downward fluctuations in the value of the US dollar.

Meanwhile its Resort Theme Parks Division (Alton Towers, Thorpe Park and the like), representing the core of the company’s domestic UK market,enjoyed just shy of 10 per cent rise in ticket sales – a result attributed to the clement weather as well as “continued recovery” specifically at Alton Towers.

A recent drive to create more hotel rooms at its global network of Legoland destinations (now inclusive of Legoland Japan and soon to be joined by Legoland New York) nicely complimented an 8 per cent boost in sales across the brand. Indeed, accommodation revenue throughout the business enjoyed a whopping 29 per cent boost on a comparative basis, and now comprises a full 21 per cent of total theme park income.

The scorching heat throughout much of Europe this year wasn’t all fun and games from Merlin’s perspective however. Whilst it may have boosted footfall at the opera- tor’s larger outdoor parks and attractions, the numbers show a corresponding decline in its indoor,city-based Midway destinations, which include Madame Tussauds and The Dungeons locations.

Still, healthy returns on new accommodation and offering investments at its Legoland resorts in Japan, California and Germany more than made up for this shortfall.

“Having so far traded in line with expectations we are now entering our peak season where we generate the majority of our annual profit,” remarked Merlin chief Nick Varney. “With many exciting new in initiatives and launches to come in the future,we remain confident in our long term prospects.”