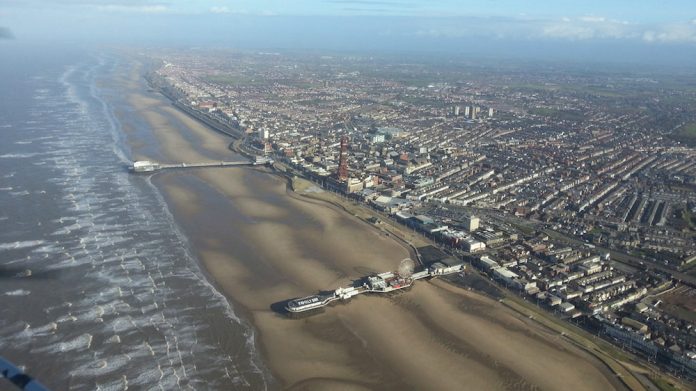 Amusements operators across Blackpool can expect a bumper season if the increase in visitors it is experiencing continues.

Visitor numbers are on the rise in Blackpool and the Fylde Coast according to new figures that analyse the resort’s transport network.

A report by Blackpool Council revealed that the number of people using its car parks and trams in May and June has risen significantly, compared to the same months last year.

The data indicates that multi-million pound investments in the resort for 2018, such as Blackpool Pleasure Beach’s brand new £16m Icon rollercoaster, have helped the resort achieve its aim of drawing in additional visitors.

Jonathan Gray, finance director at Blackpool Pleasure Beach, said: “After a long 16 months it is great to see all our hard work pay off.

“The ride’s arrival represents a significant investment for the business, which will not only increase visitor numbers, but cement our position as one of the top leisure destinations in the UK.”

Speaking at the launch of the season, Blackpool Pleasure Beach Amanda Thompson OBE had anticipated that 2018 would see a visitor boom.

“This year is going to be exceptional,” she said. “We are going to be driving our visitor numbers through the roof and investing in every one of us who works with us, for us and visits us.

“We are building the future of our resort, of Blackpool Pleasure Beach and making sure Blackpool has the great future it deserves.”

Local tourism agency VisitBlackpool is hoping to build on the success of 2017, which saw a total of 8.35 million adult visits between January and December, up 540,000 on 2016.

Last year, the number of passengers that used the trams rose by almost 119,000 to 5.2 million, while ticket sales in council car parks increased by nearly 22,500 to more than 1.1 million sales.

Councillor Gillian Campbell, deputy leader of Blackpool Council, commented: “The sheer number of people in the resort during May and June bears testament to Blackpool’s pulling power.

“This is in spite of the ongoing rail disruption which has clearly had an impact on people’s travel plans.

“What we will never know is how many more people would have come to Blackpool had the rail services been operating normally.”