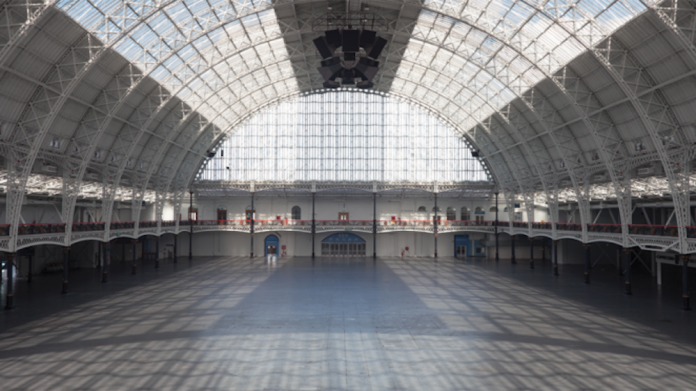 It’s fair to say that west London has always been a familial home for the coin-op industry’s key events. ATEI, the one time world’s premier exhibition occupied the famed Earls Court; the old autumn slot of the former show Preview was entrenched in Hammersmith; and now ACOS is taking up residence at the traditionally popular Olympia for “2018 and beyond.”

ACOS confirmed Olympia’s Conference Hall as its permanent home in a statement this week, turning last year’s late switch into a residency which will formally commence on 3-4 October this autumn. And with it comes a fresh look as organiser Swan Events unveil a new logo and a new website for the show.

A timely ‘makeover’, ACOS is celebrating its fifth year but the woman behind the exhibition, Karen Cooke, remains firmly committed to its core values. “ACOS is, and will remain dedicated to its exhibitors and visitors,” she told Coinslot. For the organisers, a new venue and new image will add a sheen to an event which has plugged into the mood of the traditional based industry. Cooke explained: “The response to the move to Olympia was overwhelmingly positive for ACOS and it’s no secret that the industry has always had a great deal of affection for West London. We’ve received many favourable comments from last year’s exhibitors, not only about the venue, but also about the positive and helpful attitude of its team.

“ACOS is growing steadily and the Olympia venue gives us some room to expand. I’m pleased to confirm that we’ve already received bookings from new exhibitors for the 2018 show.’

‘Steadily’ may well be an understatement; ACOS has worked worked very hard to deliver what the industry wants in its five years and this growth is unlikely to waiver. Yet it’s the move to Olympia that has clearly been a popular one. Likely prompted by their experience of running the premier coin-op show EAG at the ExCeL Centre, Swan has decided to seek the advantages of operating smaller shows in more well-fitting arenas.

What chances, then, of the industry gravitating its flagship event EAG over to Olympia in the coming years? Never fully comfortable at trading west for east London, there will undoubtedly be many key figures eyeing up that prospect of a cost effective ExCeL for Olympia trade-in over the coming years. ACOS’s success in October may well be a nudge.

But, it’s ACOs that remains the focus for the industry between now and October and Cooke and her team are well into gear. With the show growing rapidly,she is keen to ensure everyone is satisfied: “Anyone considering taking a stand should not delay in giving me a call or visiting our new-look website for more details,”s he reminded the industry.

And away from the floor, too, ACOS is keen to place an emphasis. “The After-Show Networking Event is always a highlight, ensuring that conversations can continue away from the busy exhibition floor. This year, the aftershow event will take place at The Albion pub secured for the evening for our exclusive use. It’s conveniently located directly opposite Olympia,” Cooke advised.

A clearly buoyant ACOS is hoping that its investment in venue,marketing and image will continue to resonate with the industry.