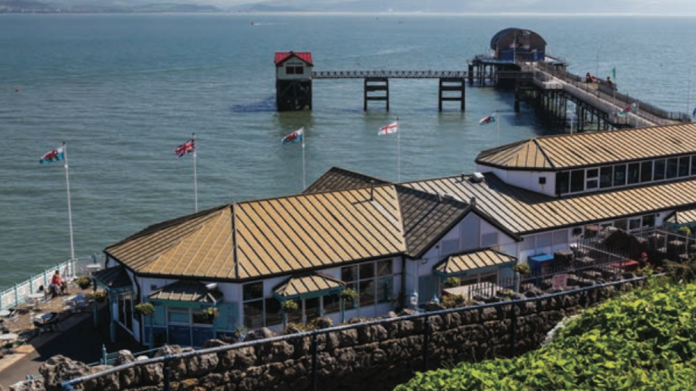 The owner of Mumbles Pier has secured £1.6m to refinance an existing bank loan and carry forward work to restore the much-loved attraction.

The Bollom family had already carried out considerable work on the pier, with works in keeping with its original Victorian grandeur, including an upgraded beach hut café and a premium fish and chip restaurant, Copperfish, which opened in April last year.

They were looking for more finance to complete the major upgrade to the
pier’s girder structure and replace and finish the railings and walkways.
However, financing this work had proved challenging, as the firm’s managing director, Fred Bollom, explained: “We’re an unusual, asset-heavy, business and found not many banks wanted to lend to rebuild a Victorian pier.”

As well as the completion of the pier stem works, the £1.6m will also be used to fund the planning permission for a scheme that Bolloms hope will turn the foreshore and headland at the pier into a world class attraction.

Last month, they submitted plans to build a five-storey building on the headland that would comprise 31 hotel rooms and 11 serviced holiday apartments, as well as 26 flats along the foreshore.

In addition, the pavilion near the pier entrance would be enlarged to provide a first-floor function room and walkway to the headland building, with the ground floor continuing to house the pier’s amusement arcade.
The £35m scheme would also see an extended seawall, a new boardwalk leading up to the pier, new sculptures and a 61-space car park.