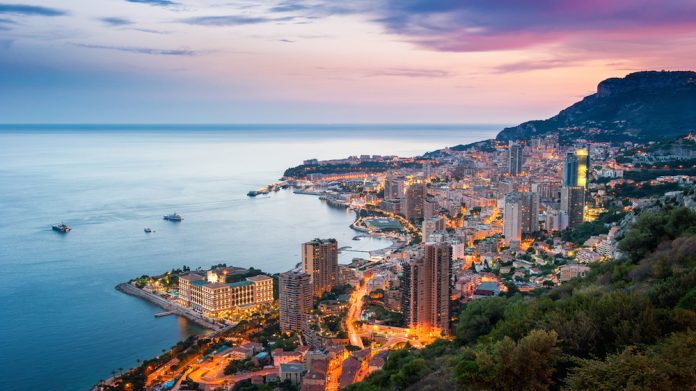 Taking place in Monte Carlo on 5-6 June, this year’s Euromat Summit included a fresh focus – and a whole new day of speakers – on the subject of social responsibility, with president Jason Frost making the point that while “products differ in different countries across the continent, the one thing we do share is social responsibility”.

Frost, a Brit at the helm of European interests, explained that a new second day was very well attended, with regulators from across Europe all in one room actively participating in the day and engaging with manufacturers and operators.

Reflex Gaming managing director Quentin Stott thought the Euromat Summit covered a very broad subject matter, and he found it interesting to see the various opportunities and threats faced by amusements businesses depending on their geographical areas of operation.

“I was invited to take part in the panel session, Alternative Payment Options: Now Or Never? which was very ably chaired by Kieran O’Keefe,secretary general of Euromat,” said Stott.

“Everyone agreed that the social changes away from cash usage were an increasing issue for our industry,but there were some differences between the speed in which countries are moving away from cash.”

Sega’s Justin Burke,who sat on the ‘Future of the FEC Market’ panel along with Bacta vice president James Miller, found the event had“a great vibe to it”, and was pleased to see a lot of high profile people from the amusement and gaming industry in attendance, as well as various European gaming regulators.

“The 45 minute discussion explored what an FEC is and its role in family entertainment,and strongly put across the point that what we do as manufacturers and operators is provide fun,” stated

Burke. “Not only that but safe family fun,which create lifelong memories and experiences.The following Q&A session explored these themes and engaged in particular the interest of the regulators, who understood clearly the message we were conveying.”

Bacta president Gabi Stergides, with his Electrocoin hat on, sat on ‘The Road to Redemption: An overview of growth opportunities’ panel,concluding that any changes – in any market – would have to come with social responsibility at the forefront.

“It has become very clear that social responsibility is a growing theme within all European jurisdictions, and it is to be taken seriously and proactively by individual companies, associations and countries,” explained Stergides.

“Across the continent redemption is thriving,and several countries want to expand the retail family entertainment concept, however legislation is suffering from a hangover of the old days when payouts were cash based.

The message from Euromat was that a unified and sensible approach from operators and manufacturers is key to opening up the field in this market. We must work with our regulators and not against them, cooperating to find the common ground and agreement which will serve as the prelude to progressive changes for our industry.”

“The content of the panel sessions was consistently strong throughout,with a good balance for the operators,regulators and advisors in the audience,” said Hagan.

“From a personal perspective, I was involved in two panel sessions. The first involved legislative horizon scanning across Europe, but unfortunately there is nothing positive to be seen in the UK without climbing a mountain for a better view. The second panel involved a review of the technology available to increase player protection.Numerous innovative player protection technologies were represented in the room, including the use of algorithms for machine play in casinos and betting shops, and the key takeaway for me was that many operators are now applying the same level of creativity,innovation and resource to player protection as to other areas of their business. The technology is evolving quickly as are the expectations of regulators as to what can be achieved with such technology, but there was a reminder from several contributors that such technology is enabling rather than a silver bullet and requires good training,integration within the entire business and common sense if it is to be successful.”

Later in the day,White sat on the ‘Self Exclusion:Is it working and how do you manage it to be effective?’ panel, to which he answered; “its one tool in the box” of social responsibility – but it’s a hammer, rather than a chisel.

“It was noted that some people can abuse the system,and in some cases try to blackmail operators,” White explained.

“Self exclusion’s effectiveness was questioned in the absence of academic research, but instinctively people thought it was something that should be offered. However,the fact that it was intuitively the right thing to do – and because it remains an easy concept to describe and understand in the complex area of gambling addiction and harm – it has received over emphasis as an social responsibility initiative, and has therefore tended be a dominant feature of the social responsibility landscape.”

White added that while the industry continues to innovate around self exclusion to find ways to offer a more targeted and helpful method for players,he and his fellow panelists at Euromat all agreed it is a “blunt instrument”.

With so many angles covered at the Euromat Summit, Frost believes the mission of creating a more inclusive event was complete.