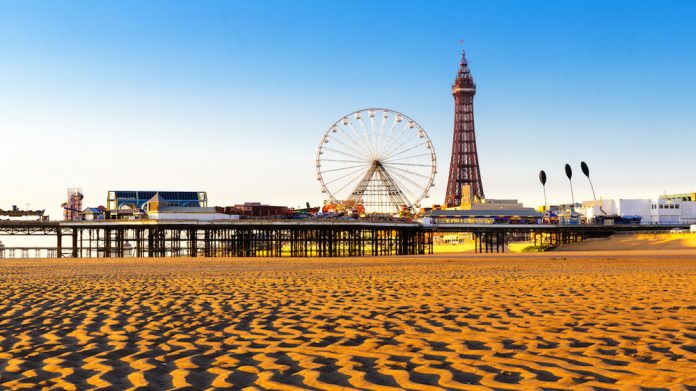 As if celebrating a significant 150-year milestone, owner Blackpool Pier Company has decided to mark the occasion with a revamp of the front of the pier’s main amusement arcade.

Blackpool’s Central Pier, the second such amusement attraction of its type to open at the resort, has celebrated its 150th anniversary.

Last week it hosted a full day of free entertainment to mark the landmark date, putting on magic shows, a treasure hunt, live music and a cake-cutting ceremony with the mayor of Blackpool.

Peter Sedgwick, director of the Blackpool Pier Company, said the anniversary was something that the entire seaside sector should be able to celebrate.

He told the Blackpool Gazette: “We have had so many piers close down around the country so it is fantastic that Central Pier can celebrate this milestone.

“It is one of Blackpool’s most iconic structures and it has stood the test of time.”

Work on the Central Pier began in 1867 after the success of the North Pier, the first to open in Blackpool.

When it opened, on 30 May, 1868, it was originally called the South Pier, changing its name when what is now known as the South Pier opened in 1893.

The Blackpool Pier Company also used the occasion to announce that it would be revamping the pier’s front amusement arcade.

Renee Sedgwick, also a director of the firm, said: “The Central Pier will gain a new entrance front to it once the holiday season is over.

“My father [Peter Sedgwick] has always said to me that as owners of the piers we are their guardians and we should be looking after them for future generations.

“We continue to do this and there is no reason why Central Pier should not be here in another 150 years.”

The pier has undergone significant changes since its early days, when it was known as the ‘People’s Pier’ for offering affordable entertainment – such as open-air dances – to the masses pre-World War II.

Most of its central platform became an open-air theatre in 1949 and dancing was moved indoors to the shoreward end White Pavilion.

In 1967, it was demolished to make way for the Dixieland Palace/Golden Goose complex,which was itself rebuilt in 1973 after a fire and now houses one of the Central Pier’s two amusement arcades.

The second was opened in the brand new Pirates Bay Family Bar at the end of the pier in 2016.

The Blackpool Pier Company, which already owned the North Pier, bought the Central and South piers from Cuerden Leisure for a reported £8m in July 2015.