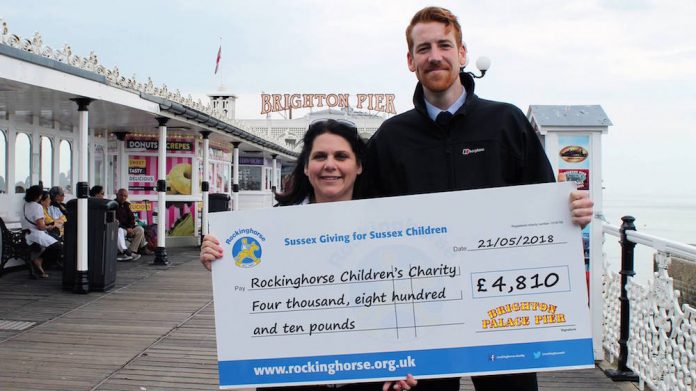 Brighton Palace Pier has kindly donated a collection of strange and unusual artefacts for auction to raise money for a children’s charity.

The items, that were previously displayed in the pier’s Victoria Bar, were donated to raise vital funds for Rockinghorse.

Among the 31 lots were unusual and unique items such as Victorian prams, musical instruments, signage and even an old rockinghorse.

The most popular lot was the musical instrument bundle, which included two chills and a bass, sold for £1,600.

Terrina Barnes, corporate fundraising manager at Rockinghorse, said: “When Brighton Palace Pier first approached us with the idea of auctioning items from their Victoria Bar, neither parties were sure how valuable they would be.

Gorringes waived all commission fess for the event so that all funds went directly to the charity’s ongoing projects at the Alex and paediatric units and children’s centres across Sussex.

“Thanks to the support from Gorringes Auction House, we are delighted to have received almost £5,000 from the auction – a great success! Huge thanks to Brighton Palace Pier and Gorringes for their generosity,” said Barnes.

Neil Blackmore, sales and marketing manager at Brighton Palace Pier, said: “It’s fantastic the auction was such a great success and it’s always a pleasure to support a local children’s charity such as Rockinghorse.”