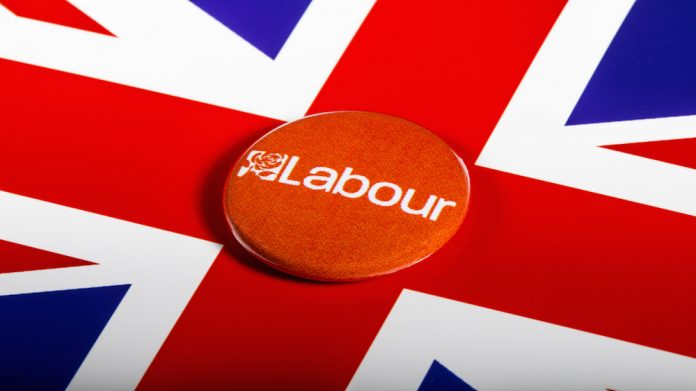 The Labour Party’s identity crisis has hit the coast, with MEP Alex Mayer stating that “more focus on visiting the natural heritage along the coast over penny machines, cheap beer and neon lights” is the right move forward. So is this the party of the working class?

There are few more quintessentially English postcard
images than deckchairs lining a sandy beach with a pier in the background,” writes Labour’s Alex Mayer in the first line of her blog on the party’s Coast and Country website. Her strong introduction continues with recognition of the fact that coastal communities have for years“been faced with a real and growing set of problems”. The East of England MEP details issues such as seasonal employment, poor transport networks,poor quality housing, and the threat of flooding.

“Meanwhile pressures on services, caused by a much older than average population coupled with austerity are just some of the harsher realities of seaside living,”she continues.”

Mayer acknowledges that many seaside resorts in her corner of the UK voted the opposite way in the 2016 referendum, blaming“ a lack of hope for real change mixed with the current strand of anti-establishment politics”. She explains that in her region, Waveney recorded a 63 percent Leave vote, Great Yarmouth 72 percent and Castle Point 73 percent. Indeed,for a brief moment, it appears Mayer truly grasps the problem; coastal communities and their businesses need to be allowed more opportunities to flourish.

However, while Mayer’s blog on Labour’s on-going Coastal Consultation begins with the best of intentions,it soon starts to display symptoms of the much-reported identity crisis Labour has been accused of suffering from under Jeremy Corbyn’s leadership. Despite such dissatisfaction by the sea, Mayer believes the strategy from the EU establishment was “right” all along.

Indeed, despite Mayer recognising such dissatisfaction by the sea, she still believes the strategy by ‘the establishment’ has been “right” all along.

“Paradoxically, and indeed sadly,figures also show that seaside areas were large net recipients of EU funding including for the regeneration of Southend’s seafront, investment in the creative industries through organisations like Great Yarmouth’s SeaChangeArts and the Orbis Centre in Lowestoft, which has been instrumental in harnessing the opportunities of offshore wind,”she explains.

“European funding was rightly forward facing, using the skills of the local population and re-skilling, looking at the green jobs of the future,and moving away from the high volume day-tripper market to the under-tapped ‘staycation’ market, with more focus on visiting the natural heritage along the coast over penny machines,cheap beer and neon lights.”

Mayer’s sigh-provoking last sentence sums up her party’s identity crisis in a coconut-shell. If members of Labour,the party of the working class, believe that seaside resorts should be trending towards the higher-end “natural heritage” market,and away from providing great value family entertainment, then the party will never win back the coastal communities they have lost. Which businesses in Great Yarmouth benefit from visitors taking a walk across The Broads? How many local workers are employed in the process? What secondary spend does it create?

These questions do expose a Harvey Two Face issue in Labour’s character.. While the party offers a well-intentioned arm round the shoulder and warm expressions of empathy, underneath the mask, however, there appears to be stoic eyes of stubborn idealism and a turned up nose at common sense reasoning.

“With Brexit on the horizon,” concludes Mayer, “it is now more important than ever that our party again builds an attractive offer for seaside towns,as it will fall to Labour to push a new postcard image of our seaside, where communities thrive as they look to the future.”

A case study for Mayer’s idea of the“quintessential” seaside – stripped of amusements, neon lights and cheap beers – could quite easily be the current situation down on Hastings Pier. Indeed,while a focus on natural heritage may play into the Labour Party’s postcard idealism, it simply doesn’t pay the bills.