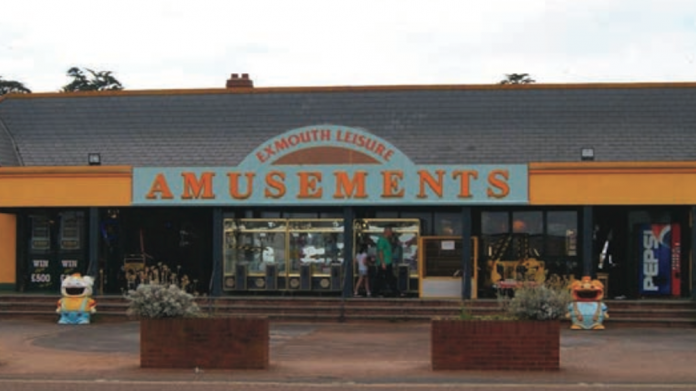 It had been thought that one Devon resort had seen the last of one of holidaymakers’ favourite seaside attractions. Thanks to Exmouth Leisure Amusement’s Harry Parkin, it will return in time for the summer holidays.

In Exmouth amusements operator has brought crazy golf back to the resort’s seafront to provide continuity and keep footfall flowing to the area.

Harry Parkin, owner of Exmouth Leisure Amusements, bought the crazy golf course from the neighbouring Exmouth Fun Park when it was evicted from its site last summer.

It had been thought that the Arnold Palmer course had been lost from the resort’s seafront permanently when East Devon District Council forced the Wright family – the park’s owners – to vacate the site.

It is on part of the land on Exmouth’s Queen’s Drive that has been allocated to the third phase of the council’s Exmouth Seafront Regeneration Scheme.

Now Parkin has opened the crazy golf attraction on the forecourt outside his amusement arcade.

He told the Exmouth Journal: “We just wanted to keep some continuity on the seafront because there’s very little else for anyone to do here.

“It will hopefully brighten it up a little down this end of the beach.”

Parkin said the attraction was still a work in progress that would be improved on in the build-up to the summer season.

He also expressed gratitude to the Wright family, who are helping Parkin with the installation and setup of the golf course.

He added:“I hope to tidy up the general appearance of the whole area over the coming weeks.

“If we can allow people to have something to do on the seafront prior to any redevelopment it would have been worthwhile.”

The Queen’s Drive site where Exmouth Fun Park once operated is being transformed into food and drink,children’s play and outdoor entertainment zones on a short-term basis.

Work is currently taking place to install temporary attractions on it and,once erected,they will stay in place for a year.

The fun park’s boating lake has been filled in to make way for a food and drink zone, with seating and pop-up catering outlets to follow.

The former attraction’s miniature railway is being converted into a £150,000 children’s play park and a plot of land behind the lake will become an entertainments zone, potentially hosting a big screen for live sporting and music events.

East Devon District Council has said it is hopeful that the first attractions can be open in time for the bank holiday at the end of May.