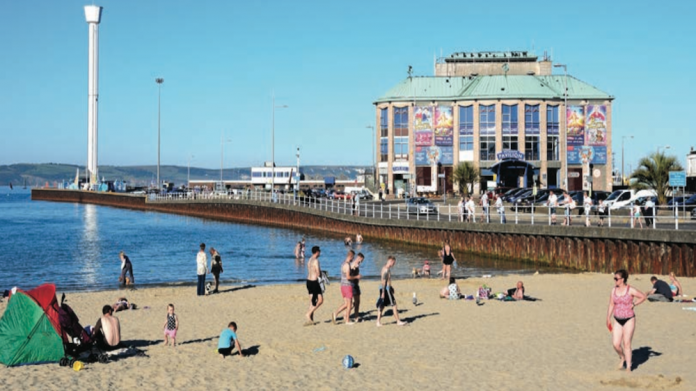 The owners of a family fun fair in Weymouth have hit out at local council chiefs after being denied the right to operate at its historic Easter location.

It is claimed by organisers of the Weymouth Easter Fun Fair, which has been running for 15 years at the same site, that the institution was being forced out of its historic home after its application for operation was denied back in February.

Edward Danter said that the business had been unduly affected by a change of location away from its regular site and in turn was at a severe trading disadvantage.

“We have always hosted our fair on the Weymouth Pavilion car park for the last fifteen years until now,” he said.

Instead of the classic seaside funfair Weymouth and Portland Borough Council allocated the space to a craft food festival, in an attempt to diversify the town’s offering; Danter however claimed that this was the wrong move.

“I don’t understand why the borough council have turned down our application to host this historic event at the Pavilion which has been popular attracting thousands of people every day in good weather and instead host a food festival that, from my understanding, was poorly attended.”

The change of location also heralded a change of foundation for the fair, which due to the large nature of a number of rides and the less-than-perfect British weather, saw attendances slip.

“This year, since moving to Victoria Square in Portland, the weather has not been great so the grass surface has got very muddy so it can be much harder for people to visit and get their vehicles off the grass when parking, this was not an issue at the Pavilion,” Danter added.

The Danter family is well known for its amusements heritage throughout England and Wales and has stated intent to return to the pavillion car park site for the later bank holiday in May as well as during Weymouth Carnival in August, making the decision to exclude the easter bank holiday all the more non- sensical.

Danter added: “We are a well-established fair, started by my grandfather, then my dad and now me. We’ve got our five big rides: the dodgems, the Sizzler, Super Bowl, Miami Dancer and the Oxygen ride. Lots of smaller rides and loads for the kids to enjoy. We hope that we can have our fair on the Pavillion next Easter.”