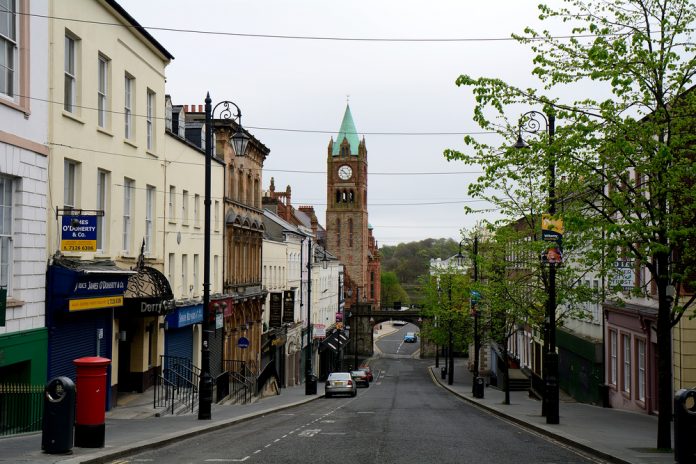 Derry will have its own Oasis thanks to a court appeal victory for the amusements operator. But the decision is far more than a licence, it’s a warning sign to local councils that they must uphold the law and, notably, open businesses up on the high street rather than pulling the shutters down on them.

A court judgement in Derry, Northern Ireland could have potent repercussions for the amusements and gaming industry across the UK.

Upholding the law rather than upholding a county-council decision, Judge Elizabeth McCaffrey backed the appeal of Newtownabbey-based Oasis Retail Services Ltd and granted approval for an amusements permit in Shipquay Street.

The case had a tawdry political tale, and one familiar to many amusement centre operators around the UK – with an added touch of Brexit fear thrown in for contemporary measure.

Tawdry, because it involved local councillors objecting to a planning application for an amusement centre in a shuttered, closed down space because it wasn’t in keeping with their plan;Brexit-minded, because the judge was keen to keep players contributing to the Northern Ireland economy rather than playing amusements across the border.

Where the council claimed the proposed complex was not in keeping with the City Centre Development Plan; the appeal judge overruled, stating the application was actually in accordance with the Area Plan.

Where the council argued the arcade would “adversely impact” on the high street, the judge noted that the Oasis venue would not “adversely affect the retail character of Shipquay Street.”

Judge McCaffrey even went further with her assessment, entering territory which has been strongly argued in the pages of Coinslot recently, that shops on the high street should be open not shut, be they amusement centres or not.

She advocated: “It seems completely desirable that city centre premises should be occupied and open for business, rather than shuttered and closed.”

Where the council put forward the standard, untried and unfounded argument – that arcades draw a congregation of youths – the judge was firm that it was “unclear that there is any real problem with youths congregating in the area, apart from times when catching buses or visiting the Richmond Centre, which had no direct access to the subject premises.”

But Judge McCaffrey saved her best for the last, pointing out to the council that their role might be better directed towards putting businesses on the streets of Derry rather than keeping them out.

Responding to the council’s position that there was no need for another gaming centre in the city centre, McCaffrey declared: “The council view seems to have been more that it did not consider more gaming premises were morally desirable.

“However, I also take on board that there are premises in Bridgend, Co. Donegal, which attract a considerable percentage of their trade from Northern Ireland customers and it would be preferable if that business remained in local businesses, on this side of the border.”

Oasis Retail Services Ltd will now be able to open their operation in the former Dunnes Stores area in the Richmond Centre, and with it deliver new business and footfall to the city.

British justice one, local councils nil; it seems the law has finally scored the winner for the UK amusements industry.