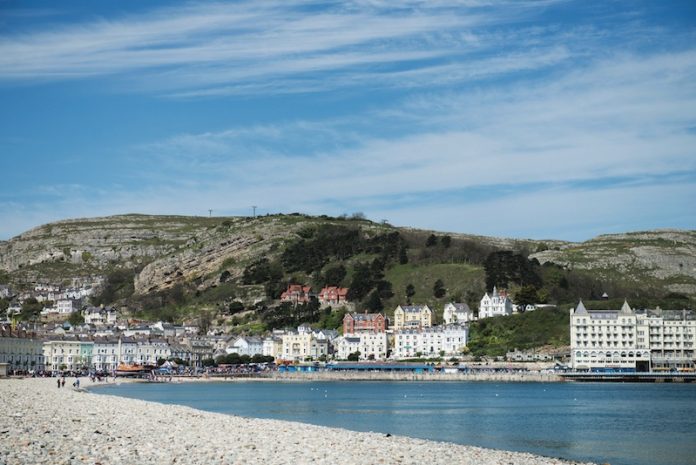 Developers have revealed their latest plans for a complex in Llandudno, much to the chagrin of many locals who feel the town would be better served with a project to attract tourism. Llandudno Pier owner, Adam Williams, believes the town must have more.

New proposals for an £18m apartment and restaurant complex on the site of Llandudno’s former pavilion are still causing controversy.

The scheme – which hopes to replace the old pavilion that burnt down in 1994 – has since been updated to be more “sympathetic to its seafront surroundings.”

But many locals are still opposed to the plans saying it doesn’t “fit in”.

There remains widespread opposition in the town over its appearance, size, and the fact it is an apartment development rather than a new leisure facility for the town.

“Nothing has really changed. This still does not fit in with Llandudno and people do not want it,” said Adam Williams, owner of Llandudno Pier.

Plans for a tourism-related development were shelved in favour of the new project which will see the construction of 48 high-quality apartments, two restaurants and an underground car park.

Pier operator Williams is in good company in opposing the proposals. Chair of the Llandudno Hospitality Association, Berin Jones, said: “A decision to allow this application, or to again allow the applicant to tinker with the design, would be wholly inappropriate.

He added:“Tourism is the linchpin of the local economy,and if this application is allowed, it undermines everything Conwy Council has been saying about the future of tourism in the town.”

For Williams, though, the new proposals will have an added,more destructive impact on his business, which is currently a significant contributor to the local economy.

His fear is that the new residents of the proposed apartment complex could adversely affect trade on the pier: “My concern remains that if apartments are built then complaints will start about noise and smells from the pier and this could damage us and threaten the pier.”

The storm surrounding Llandudno pavilion plans was not the only force raging through the seaside resort recently.

Storm Emma, which battered Britain in early March took aim at the Welsh town and the 140-year old Llandudno Pier bore the brunt of the bad weather.

Adam Williams believes his investment in the pier actually saved the historic structure from serious damage. The sheer power and the easterly wind direction – sent waves crashing over the structure, saw the decking ripped up and forced the 2,200ft pier to close for several days.

Williams said: “We have escaped any serious damage and the surveyor said this was because of the investment we have put in underneath the structure. We have spent hundreds of thousands of pounds since taking over the pier. It is investment people don’t see and don’t always appreciate.”

But while Storm Emma caused disaster in parts of North Wales – with Holyhead marina destroyed – investment on the pier’s below deck structure saved it from more substantial damage.

“But when things like this happen you know it has paid off,” said Adams, adding: “There has been damage to the decking but the overall structure is fine and we are preparing to reopen.”