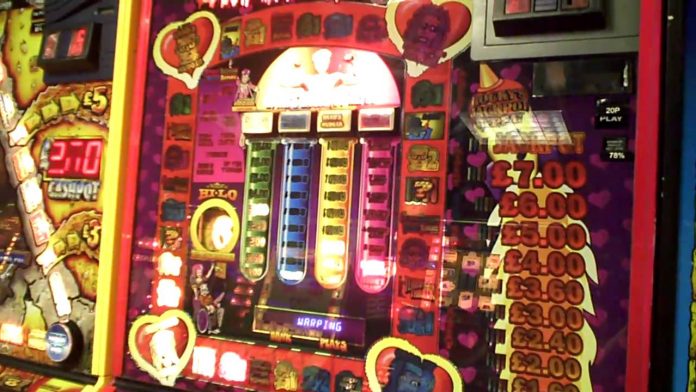 Selling a machine to the film company responsible for Sheridan Smith’s next production, Mr P’s Classic Amusements has had a busy and successful start to December, which also saw the introduction of Electrocoin’s Monte Carlo Cat C among an array of classic slots.

Keen users of Facebook, owners Dave and Amelia Douglas took to their company page to tell players – who they fondly call s“nudgers” – that Monte Carlo “has been running test programs for sometime and the latest program is jackpot enriched and very good”.

But this was not the only addition to the Tonbridge arcade with Douglas explaining that there will be a bit of a machine mix-up over the Christmas period,with several old favourites joining the fray.

“Casino Rainbow Riches and Turkish Delight will be leaving for a new venue, and Go for Gold, Funny Money and Strike 10 will be stored,” Douglas said.

“Coming in will be an old school CMS game that has five different games on it. This is a £70 jackpot and we will probably start off with Funfair. This machine is getting on now but it’s a fun little game. We also have some new B3 games on offer, and we have gone for some older games with one of them being Jackpot Joker – boasting a 96 percent payout.

Additionally, we have a fully working fleet of new classics in, with Cash is King, Big Banker and Las Vegas Strip.”

While the operating team at Mr P’s Classic Amusements know their machines inside- out,with such an array of different machines being rolled-out, the odd surprise still comes their way.

“Remarkably some months ago we decided to trial 5p play £100 Jackpot Roller Coaster, with a view that it would be unpopular or not very enjoyable due to the stake and prize ratio,” Douglas commented.

“We probably could never take it out of the arcade now due to it being so popular and well played! It is for this reason that after the unsuccessful trial of ClubRoadHog, we will be bringing another 5p club machine in. Club California is an old girl from the early 90’s and is a soft but jackpot rich hi lo game with some great features.”

Indeed, Douglas asserts that Mr P’s in Tonbridge will “ensure our classics live on”, and with the recent sale of a machine to a Film company, the operator’s machines may be living-it-up on the big screen with a beloved British actress at some point in the future.

“The week began with a bizarre one, we sold a machine to a film company that will be starring Sheridan Smith, we cannot say anymore than that,” stated Douglas.

“So to release one of our old classics to such a great outing was quite a refreshing start to the week.”