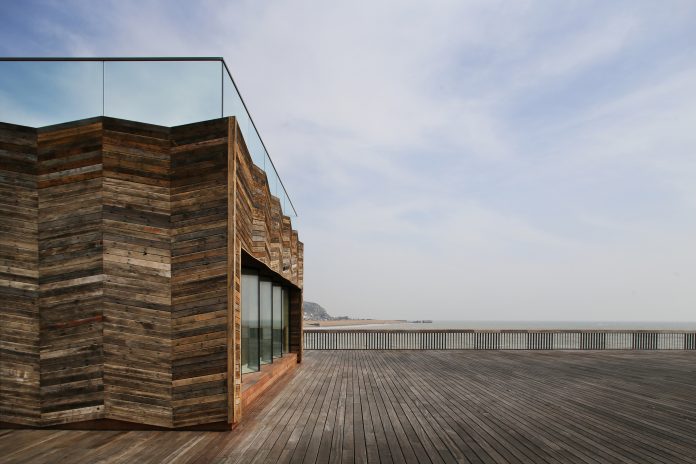 Opening to the public in April 2016, winning “Pier of the Year” and the Stirling Prize for architecture in 2017, then entering administration last month, Hastings Pier has a strong momentum. But it will need to change its business model to survive, according to potential buyers.

The Brighton Pier Group has revealed the strategy it could adopt were it to take on the troubled Hastings Pier.

Confirming that there were “no developments at the moment,” BPG’s chief operating officer Anne Ackford, née Martin, said that the pier, which entered into administration last month after failing to secure the £800,000 required to fund it through to 2021, needed a more commercial approach.

“As many of us know it is incredibly expensive to maintain piers and to survive they have to be successful businesses,” Ackford told Coinslot.

“So whilst Hastings is an admirable structure it would have to have a more commercial approach in order to be a sustainable proposition.”

Indeed, Ackford has shown how profitable well-managed piers can be, with Brighton Pier pushing the company that acquired it in April last year – now named The Brighton Pier Group – from a £6.2m loss in 2015 to a £3.5m pre-tax profit in 2017.

While the need for a new business model on Hastings Pier is apparent, Ackford reassured that this would be in-tune with the town’s local culture.

“What form this takes would depend on the support of the local council and local people, as all piers need to be focal points of a town’s tourism strategy,” she added.

He commented: “I have spoken to the administrator, and it’s possible that we will be interested.

“I think it needs some serious investment if it’s ever to be self-funding.”

If ever there was a company capable of turning things around, then BPG are certainly that company – and ready for the challenge.

In their last set of accounts, owner Luke Johnson stated that they had freed cash flow and enabled “the possibility of funding further acquisitions across the leisure and entertainment sector as and when opportunities arise.”

Cometh the hour, cometh the man? Hastings must wait.