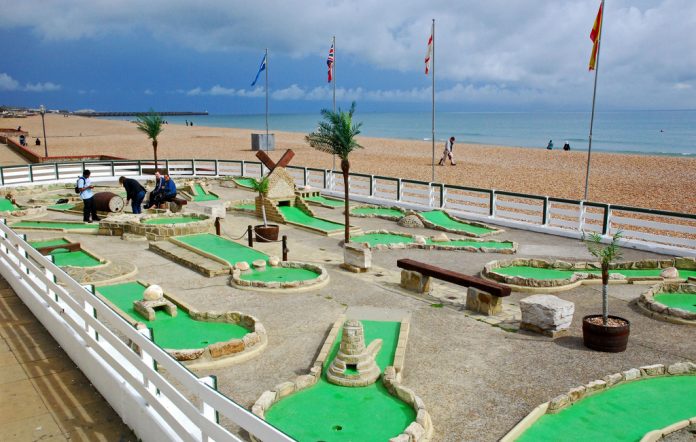 Brighton Pier Group has announced it will acquire Lethington Leisure, the owners of Paradise Island Adventure Golf in a £10.5m deal.

The Brighton-based company will purchase the six-strong minigolf chain as part of a strategy to increase footfall in established retail areas.

“Increasingly I think shopping centres will become leisure centres too.”

BPG is the first public company to invest in the mini golf sector, an industry the company expects to see grow after Paradise Island Adventure Golf’s portfolio expanded steadily from its founding in 2005 to become a six-site operator, with two more venues reportedly contracted.

The investment also demonstrates the belief of Johnson, who made his name and estimated £220m fortune in hospitality and amusements, that the real-world leisure industry remains a strong-performing market.

“Traditional amusements are being reinvented for new generations,” said Johnson.

“People don’t want to spend all their leisure time on a screen, they want to get out of the home and socialise, and a competitive fun family game of golf is a pretty good option.”

After reportedly identifying a number of potential locations, BPG will now look at expanding Paradise Island Adventure Golf’s footprint across the UK, with high demand for the brand demonstrated by its total revenue for 2016 to 2017 hitting £3.49m.

“The business we’ve bought has grown consistently since it was founded 10 years ago,” added Johnson.

“It’s not the traditional outdoors municipal mini golf, so these are in shopping centres and they’re very family-friendly, they’re low-cost, they’re fun and everyone can play.”

Though future venues for Paradise Island courses have yet to be announced, a site in Brighton would see the first location in southern England for the Glasgow-based leisure company. With Johnson’s continued investment in the seaside town, this may be a possibility.

Announcing the acquisition of Lethington Leisure, BPG said it would use a new placing to raise £3m from shareholders, with a banking extension to fund the balance.

Consideration shares worth £600,000 will be allocated to a percentage of shareholders in Lethington Leisure, alongside a loan note worth £1m for remaining shareholders.

After the sale, Joshua and Edward Dantzic, who founded Paradise Island, will continue as Lethington Leisure’s managing director and independent non-executive director respectively.