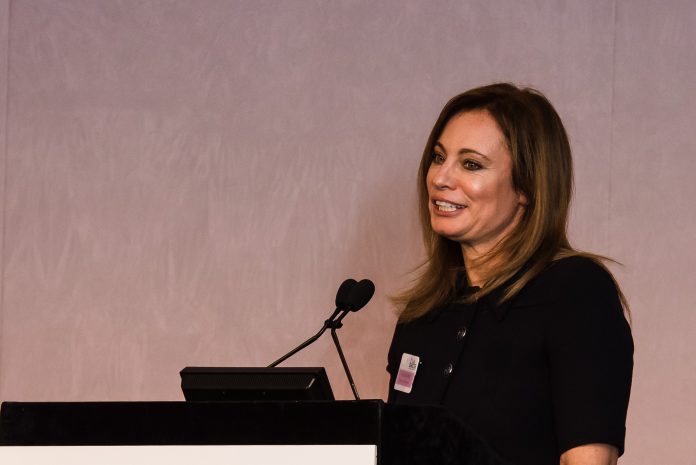 Thanking the Bacta Convention for a six-year strong partnership with Rays of Sunshine, the charity’s CEO Jane Sharpe presented an example on-screen of just one of the 240 wishes Bacta fundraising has granted.

The short film showed 16-year-old Jack, who suffers from cystic fibrosis. 24 hours before it was shot, Daniel Craig, aka James Bond, surprised Jack and his family by turning up at his house.

“He came to deliver Jack some extraordinary news: He was fed up of being James Bond, and he’d identified Jack as his natural successor,” Sharpe explained.“Jack was now 007.”

She told the convention audience that Jack’s wish couldn’t have come true without the association’s generosity,before announcing that over the past 6 years the partnership has raised an “incredible” £420,000 pounds.

“I want to start by thanking everyone for the amazing partnership that we’ve had over the last 6 years, it’s been a real pleasure,” Sharpe continued, before listing particular fundraisers who have gone above and beyond for the charity.

“Tony and Sarah Glanville, they’re relentless fundraising efforts over the last few years have been sensational, and they’ve also taken on some amazing challenges – such as the London Marathon, so thank you to Tony and Sarah.

“James Miller, for championing #TicketsforWishes, it’s been an incredible success and in fact Gabi Stergides has just told be that you’ve sold over a million tickets, which is incredible.

“The Bacta Bikers and all the superheroes, for all the hundreds of miles they completed, and Albert Corrigan for completing the three peaks challenge to raise vital funds in memory of his son Kieran.

“And then of course we recently had the Bacta 10 peaks challenge, and I’ve got to say a special thanks to Parveen for organising the event and competing in the challenge, which in true Parveen-style she did in her heels.

“It’s really hard to believe it’s been six years since our partnership began, it’s been an incredible journey from start to finish, and together we have brought so much sunshine into the lives of children who really need it.”