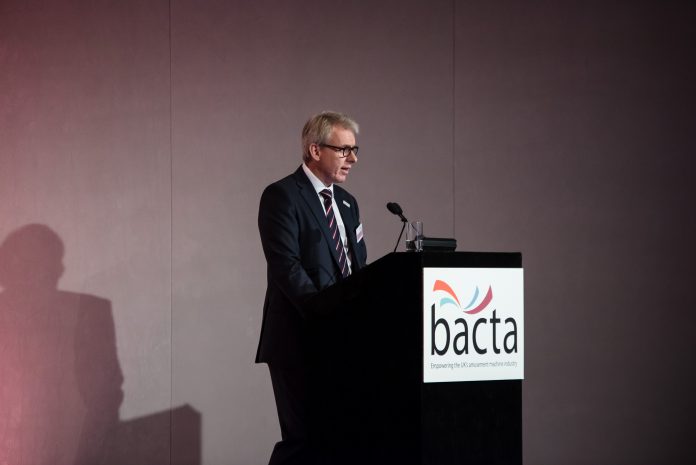 First on the stage at the 2017 Bacta Convention, vice president James Miller pulled no punches against former DCMS sports minister Richard Caborn whom he held responsible for letting “B2s out of the bag”.

Indeed, 12 years down the line from the introduction of FOBTs, Miller asked “where is the government’s sense of social responsibility?”, as he outlined the problems caused both by decisions made in 2005, and the most recent Triennial Review.

“I’m always impressed by how innovative and resilient this industry can be, especially in difficult times, however these qualities can only carry us so far,” he explained.

“For example, we’ve had to wait five years for a Triennial Review, which when it did arrive, had no light at the end of the tunnel. Yet throughout this period, costs, such as staff, energy, insurance and business rates have all increased.

“And then we are not able to increase our prices. I can’t think of any other industry sector that is restrained like this.We can help the economy through this Brexit period, we can do our bit, if only we are given the chance.”

Indeed, the Triennial Review consultation document offered no stake increases for key amusements machine categories, urging Miller to ask for more support from the government for an industry that he argued is an integral part of British culture.

The vice president needed to point no further than to the latest episode of Blackpool-based Strictly Come Dancing – and its 5 million strong viewership – to show the nation’s attitude towards amusements at the seaside.

Miller recalled how at the 2003 Bacta convention, he thought he was listening to a DCMS minister who also understood the importance of the low stakes gaming industry.

“It was 2003,and Richard Caborn spoke on the platform as a minister at the DCMS. I sat at the back and listened, and I recall specifically how Mr Caborn spoke about the need for common sense and and evidence based approach,” he continued.

“Now Dick, as I believe he is known, was theguywholetB2outofthebaginthe first place – not much common sense there.And here we are today, still stuck with them and the problems they create. Why is that?”

Miller, who comes from a showmen background, then explained some advice his father had given him: “Look after your customers, and they will look after you”. He pointed to this as not only the crux of social responsibility in the amusements industry,but also the only way to survive as a business.

The vice president added that this was clearly not the case with bookmakers, who only need concern themselves with profits and share prices. However, the majority of his disappointment was directed at those held to a higher standard, with Miller asking: “Where is the government’s sense of social responsibility?”

He hopes to see it in the Triennial Review’s final outcome. 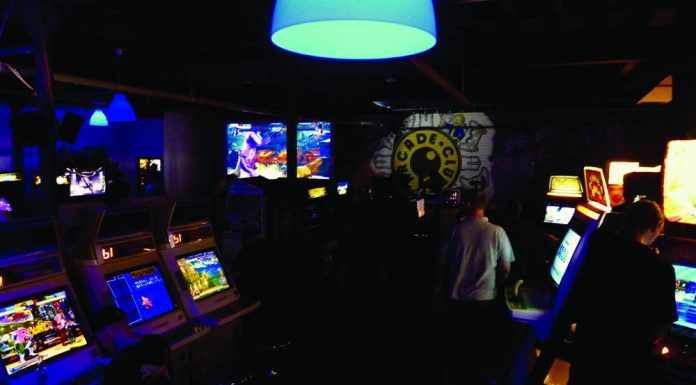