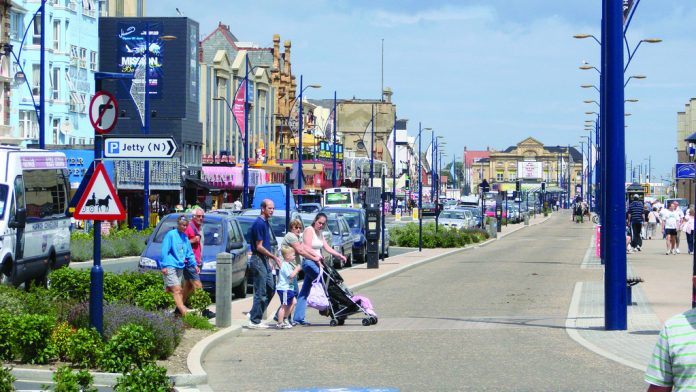 Alarming new figures on levels of personal debt have shown that the government still has much work to do to tackle the unique problems faced by seaside resorts.

New figures from the Insolvency Agency have revealed that young residents in seaside towns in England and Wales are suffering the worst levels of debt in the country.

According to the government agency, The Isle of Wight has the highest level of insolvencies amongst young adults, followed by Torbay, Scarborough.

The figures show that while the government’s Coastal Communities Fund has been successful in attracting investment to seaside regions, it still has a long way to go to tackle the underlying problems that affect many resorts.

The revelation comes as the Bank of England is tipped to make a possible rise in interest rates for the first time in a decade as soon as November.

Such a move would make borrowing more expensive, with seaside towns likely to be the worst affected because a greater percentage of employment in these areas is low-paid and seasonal.

Matthew Cheetham, CEO of debt solution provider Harrington Brooks, said the trend among people from seaside towns coming to it for help with their debts had grown over the last 18 months.

He commented: “This is likely to be because customers from seaside communities might find it difficult to afford credit repayments if their work is seasonal.

“If they haven’t included credit repayments in their budget for the months where they’re not earning at the same level, they might not be able to keep up with these.

“With an increase to the Bank of England’s base rate looking more likely in the next few months, it seems likely that those from seaside towns will find the lean winter months even harder to deal with.

“If they’re relying on credit to cover their household bills, a rise in interest rates could make these repayments unaffordable. And this could lead to an even greater number of people in seaside communities turning to insolvency or debt management.”

The Insolvency Agency found that Torbay in Devon had the highest overall rate of insolvencies in England and Wales, with 43 per 10,000 residents in 2016.

Although Stoke on Trent had the second highest rate, the Isle of Wight and Scarborough came in joint third.

Sandra Snell, who works as a debt counsellor for Christians Against Poverty on the Isle of Wight, said there are particular pressures on sea- side communities.

She told the BBC: “People are expected to live on nothing. In the season there will be more work because of the tourist trade.

“Some people will slot into jobs, whether it’s cleaning the chalets or waiting on tables; then when the season comes to an end, they are back to square one, and they’ve got no work.”

Snell said that when people transfer onto benefits in the winter months, there can be delays before their money comes through.

“People are waiting at least 12 weeks. There’s no money coming in and they are expected to live on nothing,” she added.