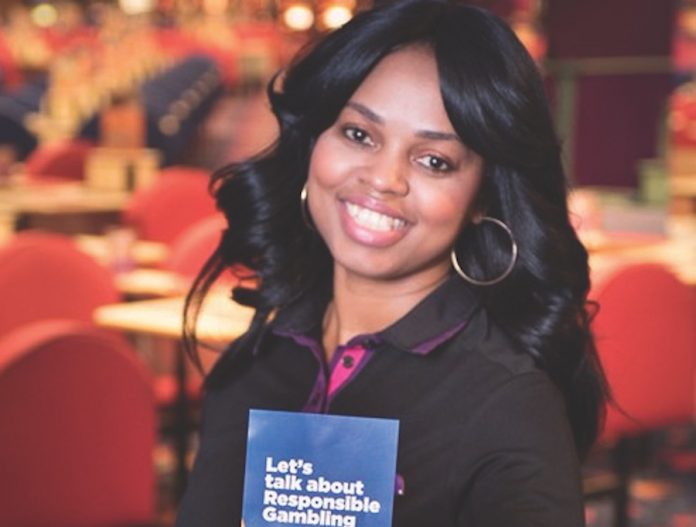 Responsible Gambling Week is a cross-industry public awareness campaign to spark conversations about responsible gaming. Coinslot talks to operators and staff about the exchanges that took place and the feedback they received from customers.

Operators and staff from the amusements industry, supported by an array of leaflets, t-shirts and banners, were fully prepared for Responsible Gambling Week on 12 -18 October – and the conversations it sparked with customers.

It was not only large operations such as Luxury Leisure, Mecca Bingo, Praesepe and Brighton Pier taking part in the campaign, but also thousands of independent sites across the country. Barry Smith’s Cointron AGC in Gravesend was one such venue, in which assistant manager Tracey Toms – trained in social responsibility compliance – made sure customers were always having fun, while also offering an ear and advice to any players in need. While Toms viewed this as an inherent part of her job, she believes the awareness campaign helped raise the general level of conversation.

“While it’s a great thing to get behind, we are always very efficient with people in terms of making sure they don’t go above their means, emphasising that the arcade is all about entertainment and fun,” she explained. “The people that come in here, because we’re like a little community, do tell us if they are worried and they do open up to us. In such cases we would have a personal discussion with them, and I always tell them that we don’t want them to get in any trouble financially, and to take a break if they want to. I approach both customers I know well and customers that are new, making sure they are happy and relaxed, and they normally tell me they are fine, but if they were not they know I am there to talk, and I will advise them not to gamble more they can afford. Some people haven’t got a support system, so we are like a family for them in our arcade.”

Toms is extremely confident that she is more than competent in this supportive role, with both formal training and her personal nature combining to keep her both informed and approachable.

At Ray Stewart’s string of AGCs in the South East, the sentiment is very much the same, with well trained staff seeing the immense value in Responsible Gambling Week, while at the same time emphasising; “we do this every day”.

“I explained to staff that while social responsibility has always been a key part of their normal workday, new or infrequent customers and the public in general may not be aware in detail of what we do,” commented Stewart.

“While we’ve not had any particularly remarkable feedback from customers, it’s not the sort of campaign where you would expect crowds of people to come up and talk, it’s about making the option very accessible and making people think. The conversations that come may not necessarily be with us, but they might be with friends and family in cafes, pubs and homes, which are equally important.”

While any awareness campaign’s impact is hard to judge – especially so soon after the event, both Toms and Stewart belive the week provided both information and an important reminder to players to gamble responsibly, and keep fun at the very forefront.