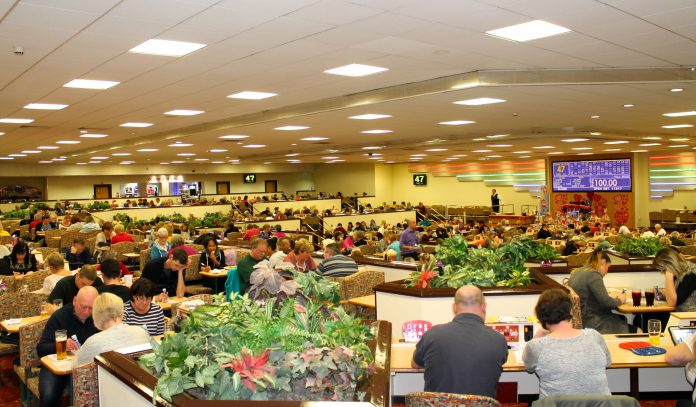 Bingo is alive and kicking in Swansea. And after a £1.3m investment by Castle Bingo, the local community will be able to make use of new, top of the range facilities to ensure that the venue maintains its reputation as one of the luckiest in the UK.

In what will be one of the largest investments on the Welsh high street this autumn, Castle Bingo has completed a £1.3m refurbishment at its Swansea hall. The improvements have been undertaken to all the amenities at the popular venue.

Included in the updates is a concerted program to ensure the bingo hall maximises its 21st century offerings with the UK’s most impressive HD video wall and a huge collection of electronic bingo tablets.

“We are really excited and our members are very pleased with the club’s new look,” said Castle Bingo general manager, Mike Wiltshire.

The club is the busiest bingo venue in Wales and is also the luckiest with members collecting a total of £5.5m won in the National Bingo Game and the Castle 45 Jackpot.

A new suite, named the 45 Suite,is part of the redevelopment that was opened by Swansea East MP Carolyn Harris.

“The private area has comfy seating, with its own screen and is available for private bookings and parties,” said Jodie Davis, the company’s operations executive.

“Players can chat without disturbing others in the club. It really is so much fun.”

The refurbishment debuted for customers with a week of party sessions to welcome everyone to the new “Castle Experience”.