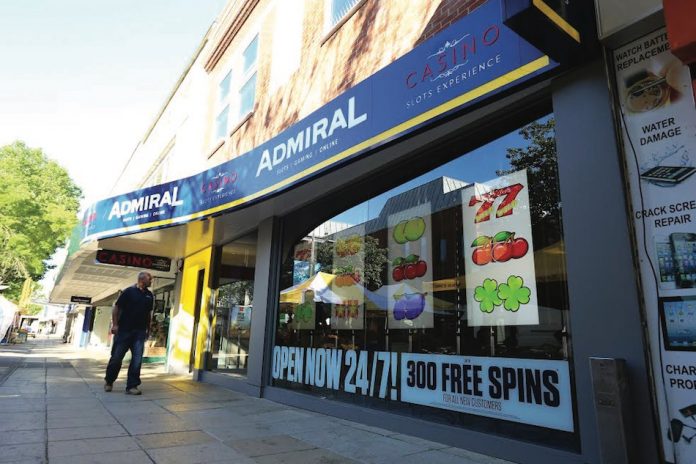 With an 84-strong estate extending as far north as Greenock in Scotland, to as far south as Dawlish in Devon, Novomatic operator Luxury Leisure increased turnover and profit for 2016 as the company continues to upgrade and rebrand its AGCs under the Admiral banner.

Luxury Leisure, operating Novomatic’s AGC offering, increased both turnover and profit in 2016 with an investment in new machines and game content keeping venues competitive on the high-street.

Revenue for the year was £60.34m, up from £53.54m in 2015, with profits increasing from £6.67m to £7.44m over the period. These figures include both the company’s amusements venues and its on-site tanning business.“The directors are pleased with the performance in 2016, investment in new machines and game content ensured the business remained strong in a competitive UK market,” stated Luxury Leisure’s annual report.

“The company’s tanning business grew year on year one percent, however it was recognised the market is becoming increasingly difficult and new promotional initiatives were being explored to protect the business for the coming year.”

The annual report shows that approximately £3m was spent on new machines throughout 2016, with plans for further spending throughout 2017 on both equipment, external rebranding and internal upgrades.

“The company continues with planned reinvestment ensuring its customers have available the best possible offer of equipment.

It is recognised in a highly competitive UK marketplace, the company must ensure the offer available to its customers is high quality, preventing loss of revenue to competition but also attracting additional business in order to continue its growth,” continued the report.

“The company is also launching a rebranding project displaying Admiral sign age throughout the UK, this is the operating brand for Novomatic. Internal upgrades are also planned to begin ensuring the establishments complement the improved machine investment.”

The company became part of the Novomatic Group in 2014, with venues being rebranded under the Admiral banner as the Austrian power-house continues to strengthen its AGC offering.