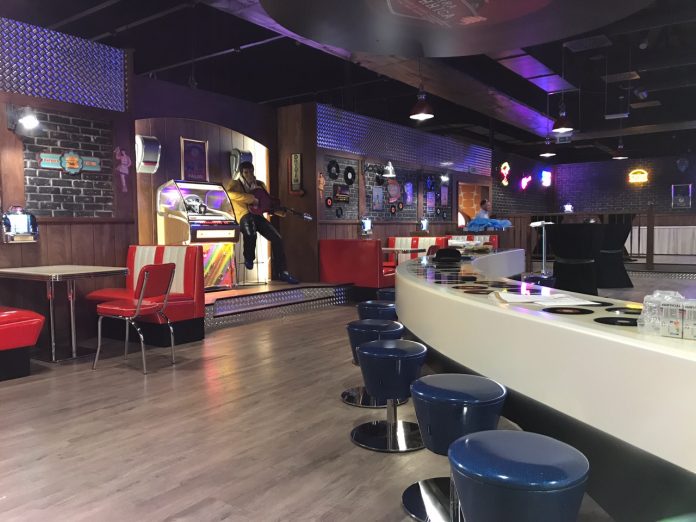 Sound Leisure, a manufacturer of classic jukeboxes, has provided some of its most iconic machines to a new museum in the Czech Republic.

Described as a “time travel museum” by its founder Ronnie Seunig, Terra Technica is divided into eras, from the late 19th century through to the present day.

The museum covers 8,500sqm, featuring machines and other relevant items from each period including bars and cars, such as a Model T Ford, the original Batmobile and the last car owned by Stan Laurel.

“The museum is a labour of love and is crammed with treasures to delight visitors, it is definitely one to visit,” says Chris Black, managing director of Sound Leisure.

“Sound Leisure are represented in the museum with an early Regency console and wall-box from the 1980s, a Route 66 and a Beatles Yellow Submarine from the 90s and are busy preparing a Starlite 21 and other machines to be sent across shortly.”

In addition to having machines featured in the museum; a Sound Leisure Rocket (playing vinyl) and nine Dime Box remote selectors take center stage in the museum’s Vinyl Bar.

Black added: “The opening night was amazing – at one point I stood back and just watched – people were dancing around the Jukebox that was pumping out some great 50’s tunes and then the live swing band arrived on stage and everyone danced to them.

“Ronnie and his team have definitely achieved something special, on the evening I was there it definitely lived up to the theme of a time travel museum.”