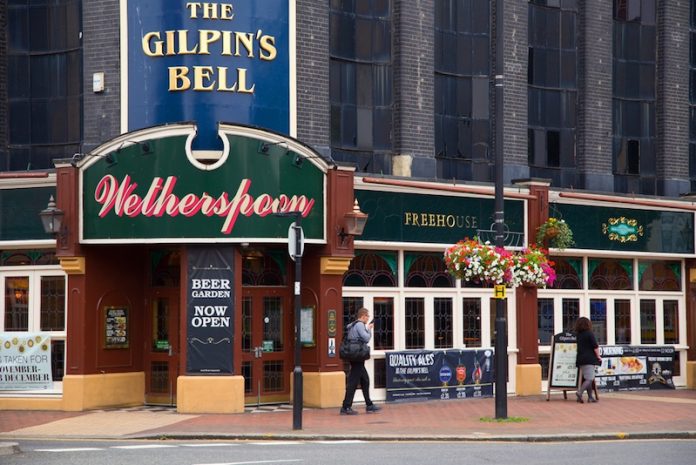 JD Wetherspoon, the UK’s biggest chain of pubs, continues to grow regardless of penalising tax and Brexit. With significant growth in earnings and money aside for new investments, things are looking fairly good for the pub giant.

Like-for-like sales increased by four percent and profits before tax and exceptional items rose by 25 percent to £76.4m as founder and CEO of Wetherspoon, Tim Martin, plans to retain a high level of potential capital expenditure for “advantageous investments”.

Some of these investments include the recent restoration of an old casino into the biggest pub in Europe, dubbed a “super pub”, located in Ramsgate, Kent, which will hold 1,500 people and cover 11,000 square foot.

“This is a positive start, but is for a few weeks only – and is very unlikely to continue for the rest of the parisons will become more stretching – and sales, which were very strong in the summer holidays, are likely to return to more modest levels.”

With the announcement of the results, the UK’s largest pub chain’s chairman also called for tax equality for pubs and restaurants with supermarkets.

“Pubs have lost 50 percent of their beer sales to supermarkets since the 1970s as VAT has climbed from eight percent to 20 percent,” he said.

“It makes no sense for the government to treat supermarkets more leniently than pubs, since pubs generate far more jobs per pint or meal than supermarkets do, as well as far higher levels of tax,” he added.

The statement also made reference to Martin’s well documented support of Britain leaving the EU and confidence in the UK economy post-Brexit.

“According to the chairman, it will continue to do so after Brexit. The positivity is admirable – instead of talking about margin pressures from the weak exchange rate causing prices to rise like everyone else, he argues that the biggest threat of Britain leaving is to European suppliers as UK importers look elsewhere,” he added.