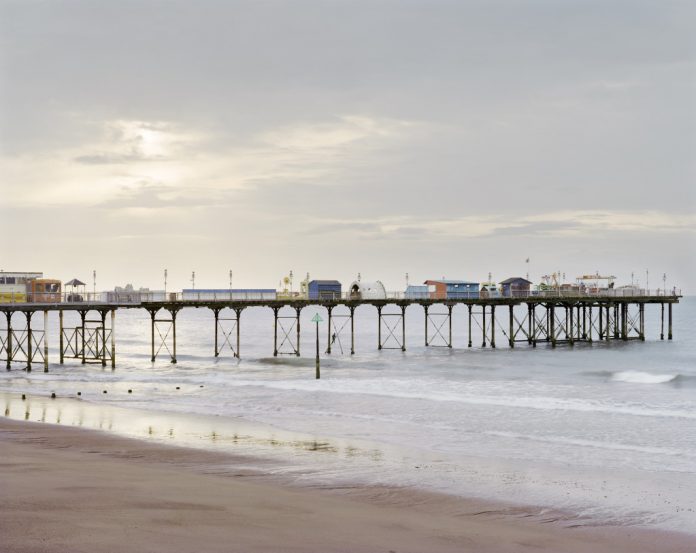 The owners of Teignmouth Grand Pier have set out a ten-year plan to restore the south west amusement attraction to its former glory.

As part of their action plan, they have also issued an appeal to residents and visitors to come out and use the Victorian pier and its arcade, warning that funds for the work necessary could not be generated without the requisite level of custom.

Lucie Cooper, director of the Teignmouth Grand Pier, said its visitor numbers had been down so far this year – something she attributed to a lack of car parking in Teignmouth while the resort’s main seafront car park remains partially closed during the upgrading of a regional flood defence scheme.

She told DevonLive: “We don’t want her to fall into the sea. We are third generation custodians of this Victorian structure and get no help from anywhere else, so in the meantime you will have to bear with us.”

In February 2014, the 152-year-old pier was severely hit by storms, when powerful waves ripped through the wooden floors of its amusement arcade, flooding it and throwing many of the coin-op machines around.

The incident caused hundreds of thousands of pounds worth of damage and left the pier shut for seven months.

Last winter, its owners invested heavily in the design and installation of 14 tonnes of steel baffles under the front section of the building to repel any future storms.

“These, we hope, will help to deflect the strength of any waves battering underneath thereby avoiding any possible major damage,” Cooper explained.

“We have replaced the broken and missing cement board sides with a new treatment. Having already replaced these boards three times and lost them, yet again to high seas, we hope this new idea will withstand whatever waves are thrown at us.”

Over the next decade, it is hoped that enough people will visit the pier and its arcade to raise enough funds to reopen its open deck.

“The open deck on the Pier has been closed for two years and it hasn’t reopened because we need the funds to do the repair work and we didn’t have the funds,” Cooper revealed.

“The overall aim is to have a clear walkway for promenading with a number of seating options so that visitors can enjoy the beautiful seafront and surrounding coastline, but estimated costs are hundreds of thousands, spread over the ten years, and of course will only be carried out in the off-season.

“So many resorts no longer have a pier due to the cost of upkeep, storms or fires. We need people to come and play and use the pier.”