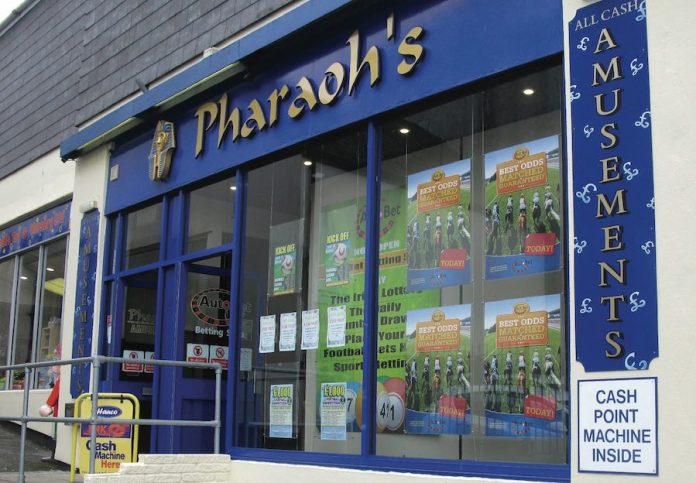 In Ancient Egypt, from the twelfth dynasty onward, the word Pharaoh appears in a wish formula: “Great House, may it live, prosper, and be in health”. Henry Farr, owner of Pharaoh’s Amusements in Bodmin, shares this wish for the AGC sector, with cashless payments and a positive Triennial Review at the top of the list.

Henry Farr, owner of Pharaoh’s Amusements, is an operator theming his arcade on the past, but turning his mind to the future, specifically towards cashless technology and the review of stakes and prizes.

His oasis of entertainment in Bodmin, Cornwall performs well as the town’s only AGC, although Farr sees room for further improvements with a progress in electronic payments regulation.

“I think cashless payments should eventually arrive, it’s a way to make the industry more secure,” he explained. “Players could go into an amusement arcade, swipe their card or Apple Pay on the machine through contactless technology, and then winnings go back on the card.”

Farr added that as card payments have now overtaken cash, it makes sense to begin the no-doubt lengthy process of incorporating cashless technology into the industry’s regulatory framework. It would also be better for Farr’s security and operational costs.

“Instead of tying up several thousands of pounds in a float on a site, much of it can be electronic – because a float in an amusement arcade is dead capital,” he said, acknowledging that there should still always be some physical currency available.

“Customers will always have spare change in their pockets. There are benefits to an automated system, but there’s also going to be a need for cash.”

While Euromat president Jason Frost has led the call for electronic payments, the realisation of this ambition has no formal schedule. A more immediate issue, of course, is the review of stakes and prizes, which Farr believes will return competition to the high-street.

Due to its irregular £100 maximum stake, Farr believes that FOBTs could cause amusements to be “tarred with the same brush” by the national media.

In reality, Pharaoh’s Amusements’ stylish range of B3s – with a maximum stake of £2 – are 4900 percent different.