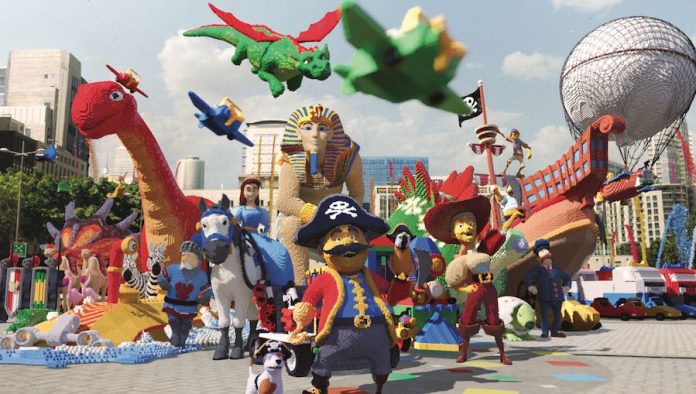 Despite warnings that this year’s spate of terrorist attacks in London and Manchester would hurt visitor numbers at its attractions, Merlin Entertainments has reported a successful first six months of the year.

Merlin Entertainments has announced strong financial results for the first half of the year, thanks to a steady growth in visitors at its attractions.

The British-based attractions and resorts company saw revenues jump by 9.6 percent at a constant currency basis, helped by 6.2 percent growth in visitor numbers.

Combined with like-for-like revenue growth at a steady 3.7 percent during the period, the results demonstrated the continuing appeal of both the company’s existing and new attractions – as well as pointing to a healthy industry at large.

“We continue to be excited by the long term underlying growth prospects in our market and have the strategy in place to exploit this,” CEO Nick Varney said. “We remain on track to meet our 2020 milestone targets, supported not only by the attractions and accommodation opened to date, but also by the progress we have made on the pipeline, in particular the ongoing development of new brands, which will underpin the long term roll out.”

Its strongest subsidiary Legoland, for instance, enjoyed revenue growth of eight percent, as a result of the phasing of 2016’s 53rd year.

However, Midway Attractions saw a decline of 0.4 percent by the same measure due to fewer peak-day trading at the beginning of 2017. The growth comes against a backdrop of warnings on profits arising from the UK terror attacks, which observers feared would put people off from visiting large public attractions.

“We have made very good progress in the first half and our performance reflects the increasing diversification of our portfolio,” she said. “And despite a difficult backdrop in some markets, we have reported growth in revenue and stable profit.

“Both Legoland Park and Resort Theme Parks have delivered the good performance.” Financial experts at Proactive Investors have cited the weakening pound as another factor of Merlin’s positive results, which could also spell good news for the rest of the amusements industry.

“We tend to believe weaker Sterling will continue to attract additional foreign visitors to the UK as the [Merlin] approaches its peak summer season, whilst at the same time, persuading more income squeezed British residents towards ‘staycations’,” the company said in its analysis.