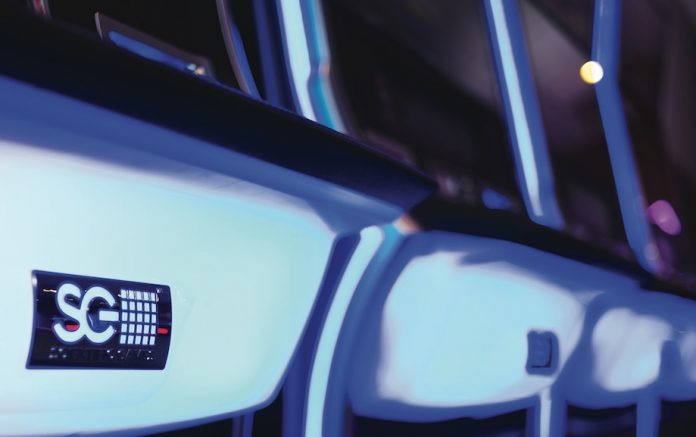 Coinslot recently paid a visit to SG Gaming’s game development headquarters in Chadderton to get a firsthand look at how some of the most popular games in the sector are created.

SG Gaming is a leading developer of games for the arcade and bingo sector – with development offices in Chadderton and Wolverhampton – and creators of player popular content titles such as Rainbow Riches, designed to help operators drive cashbox performance.

With an ability to turn out consistently high performing games, plenty of operators sing SG Gaming’s praises, but what is the secret to its ongoing success? It was with this question in mind that Coinslot paid a visit to the company’s game development head office in Chadderton to get a peek behind the digital curtain.

The content team is headed up by Rick Mountney, director of content development for SG Gaming, who oversees a team of over 60 experienced professionals with extensive industry knowledge. He explained that the team in Chadderton deals with the games they produce, “from start to finish.” Taking ownership of a game from the original concept, right up until the finished title finds its way onto SG Gaming terminals across the UK; Mountney’s team is responsible for every little detail.

At the first steps of this process, the need to constantly establish new ideas provides an obvious test for the creative brains within the team. It is partly for this reason that Mountney has broadly split his game designers into two distinctive creative teams, who combine their own original ideas to generate their unique groups of titles. Dividing up the creative thinking in this way has helped to keep SG Gaming’s content fresh and exciting, avoiding the potential for groupthink that could have infected a less nuanced strategy.

This pooling of resources has seen SG Gaming take advantage of a number of licences originally secured for content across the US. However, whatever inspiration has been borrowed from overseas, the team at Chadderton develop the games from the ground up at the UK head office, to ensure they are a perfect fit, and totally customised for this sector.

SG’s ability to do this enhanced by its commitment to recruiting graduate talent in gaming and nurturing careers within SG Gaming alongside its experienced team. The company is dedicated to developing some of the brightest young talent in the gaming industry, and is keen to invest in the game developers of the future. The vibrant games design teams at Chadderton are overseen by experienced professionals such as Robin Brookes and Ian Murray, who have many decades of experience in the industry. Between them, the teams are tasked with ensuring that every aspect of the games, from the graphical presentation to the underlining games design, is consistently amongst the most cutting edge and innovative in the industry.

In the company’s impressive showroom, Brookes and Murray described some of the latest innovations from SG Gaming which were released earlier this year. These included the fittingly impressive visual effects on Monopoly Bring The House Down, a game that makes use of iconic characters from the Hasbro brand and features to engage all players. Another title, Black Knight Community, makes use of a community gaming bonus that awards free spins on linked machines.

With SG Gaming’s vast hardware range, the team must ensure that games are adapted and scaled for the appropriate gaming sector. It is here that one of the final pieces of the puzzle, the testers, come in. They use everything in their tool kit to put the new games through their paces before they are sent out into the world. Working together, this team of programmers, designers, musicians and many more produce over 35 games a year for AGC, bingo, casino and LBO outlets in the UK.