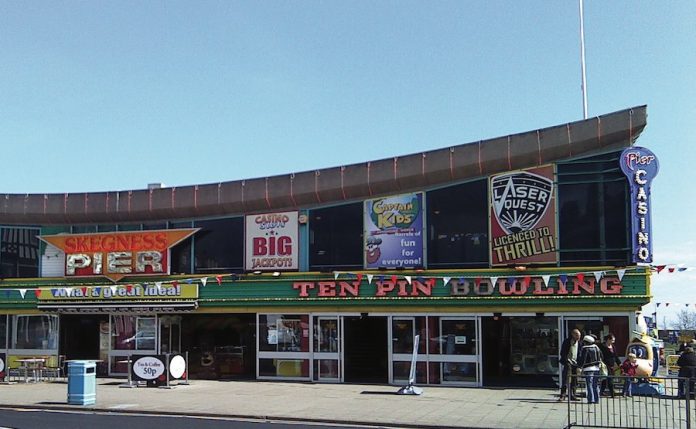 A new Escape attraction that opened on Skegness Pier in time for the school summer holidays has already proved a hit with visitors to the Lincolnshire resort.

Escape Skegness is an escape room attraction that sees up to six people locked in one of two rooms and given 60 minutes to solve puzzles, riddles and identify clues in order to get out.

“So far, we have been delighted with the interest shown by both locals and tourists, many of whom have made the comment that it is brilliant we have introduced a new and unique attraction to Skegness”

Carolyn Wilkinson, director and owner of UK Piers LTD, told Lincolnshire Live: “We have been very excited with the whole project, which involved a team of enthusiastic staff researching the idea and following it through to its opening.

“So far, we have been delighted with the interest shown by both locals and tourists, many of whom have made the comment that it is brilliant we have introduced a new and unique attraction to Skegness.

“We are beginning to receive excellent feedback on both Facebook and TripAdvisor.”

Pier manager Steve Vardy, who is leading the project, commented: “Live escape games are one of the hottest new things to do around Europe at the moment and we are delighted to bring this brand new attraction to Skegness Pier, which is something completely new for both locals and tourists. “It is the ideal activity for all sorts of groups, work, team building, hen dos, stag dos or even couples.

“We are hoping to make the games open to as many people as possible, with one being wheelchair accessible and suitable for children.”