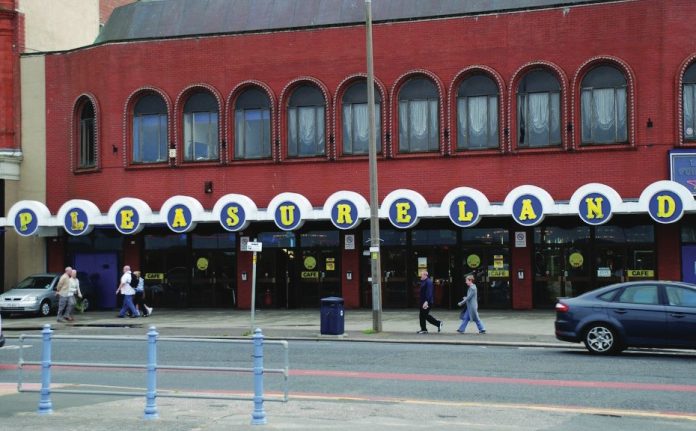 A Morecambe amusements operator has unveiled new plans to grow his business’s presence in the north west resort.

Jet Ltd, which owns the seafront Pleasureland amusement arcade and Johnny’s Fun Factory soft play centre, wants to create an even bigger family entertainment centre by building a tenpin bowling centre on the floor above it.

“We’ve been here for a lot of years and we wanted to bring it into the 21st century and be positive about Morecambe.”

The company has just celebrated the opening of its new £2.5m Jump Rush trampoline centre in the car park behind Pleasureland on Monday.

He told The Visitor newspaper: “Hopefully more attractions will follow as more people invest in Morecambe.

“We’ve been here for a lot of years and we wanted to bring it into the 21st century and be positive about Morecambe.

“Morecambe is a lot more accessible now because of the new [Bay Gateway] road. This is a prime location near a retail park and near the seafront.

“This is for the town, not just for children but for adults too, families, people who like fitness, for everybody.”

The top floor of the Pleasureland building was last used in 2009 as a late-night music venue, and has previously been a snooker club and a nightclub.

Last month it was revealed that Morecambe’s only tenpin bowling club, Morecambe Superbowl, is to close after 24 years in business after its site was sold to supermarket chain Aldi.

A letter from owner Taylor’s Cumbrian Amusements to Lancaster City Council said: “The business has for some year s now been suffering from falling visitor number s and increased maintenance costs due to the age of the building and as such, has been in decline.”