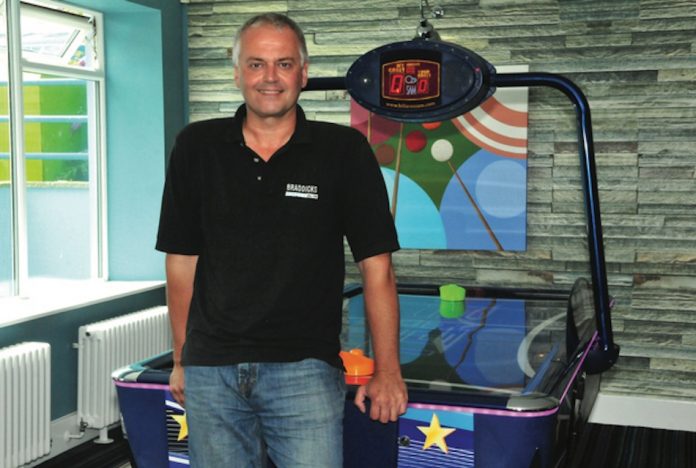 Appearing in a local newspaper feature, Robert Braddick, owner of Ho!barts in Westward Ho!, and John White, CEO of Bacta, set the record straight regarding the health of the industry.

When local news comes knocking for the amusements industry it can often produce less than fair and balanced results. Last week, Devon Live aimed to do a feature on the county’s seaside sector asserting that “amusement arcades along with kiss-mequick hats, ice cream, sticks of rock and sand between your toes are staples of the Devon seaside holiday”, followed up with the question “but are amusement arcades becoming a thing of the past?”

Clearly there is some leap of logic here, most likely fuelled by the fact that the industry has experienced a shrinkage, especially following the recession, albeit not one that warrants any concern for extinction. In fact, between March 31 2015 and March 31 2016, Gambling Commission statistics show both AGC and FEC numbers rose. Not surprisingly, the local newspaper’s question was set straight by Robert Braddick, owner of Ho!barts Family Entertainment Centre in Westward Ho!, who made it clear his arcade is going nowhere.

“Last year was our best year to date,” he told the interviewer. “We had a rethink, we invested heavily in updating the interior using more redemption machines and it’s working.”

This decision to invest was accelerated when Braddick’s arcade experienced storm damage in 2013, after which he adopted a slightly different business strategy.

“It’s much more family oriented now. The parents love the 2p machines. To be honest everyone loves the 2p machines, all the pushing machines do well,” he continued, before predicting an optimistic fortune for amusements. “I’m very confident for the future. We will have to move with the times, I imagine arcades will be bigger, glitzier and classier.”

The issue of the future of amusements as an industry was one which had also caught the attention of Devon Live who later spoke to John White, Bacta CEO, whose riposte was as robust as Braddicks.

“They’re unique, you don’t see amusements anywhere else in the world, at least not in the same way, they are rooted in our cultural identity,” said White. “These days it really is all about catering to families, the majority of people who go to arcades go as a family or as a group of friends. It’s got to be fun and people must feel like they can win.”

Taking the issue forward, White argued that Bacta’s current policy objectives are geared towards ensuring a vibrant future for the sector long-term.

“The government needs to change the rules on the price per-play, all the machines are limited by it. One machine hasn’t had its maximum price changed for 19 years,” he said. “Without price increases, volume, the number of people we can get through the door, is the only way to keep afloat especially with the costs of everything else going up.”

This view is reinforced by the trade association’s Pwc-commissioned research which found that the public place a large value on the ‘entertainment’ and ‘fun’ that arcades provide to their favourite resorts.

The real issue, suggested Braddick and White in each of their interviews, was that it’s the regulatory limitations, rather than the arcade offering itself, that was holding amusements back.