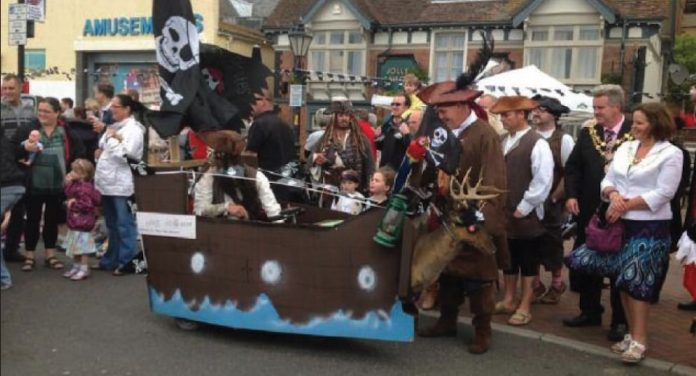 Following a lively start to the season for Poole Quay, Neil Holland of Quay Amusements explained how family-orientated events are helping his business.

Quay Amusements’ operations manager Neil Holland has reported increased footfall in his arcade thanks to Poole’s local festivals and events this season.

The most recent, Harry Paye Day, saw scores of people parade around the town on 17 June to celebrate Harry Paye, a famous pirate and local hero of Poole’s history.

“Harry Paye Day, which is for families and all about pirates was successful for us, because it brings the families out,” Holland said.

Previous to that, the Poole Harbour Boat Show saw thousands of people descend on the quay from 19-21 May to enjoy tall ships, stalls and family entertainment.

Holland was upbeat about the local activity: “The boat show down here was very good for us, because it brings all age groups and it brings people with money.

“They want to be entertained, especially the ones with kids. So we really benefit from that.”

As with any seaside town’s promotional events, not all have hit the arcade mark. While the pirate parade and the boat show boosted visitor numbers for Quay Amusements, last month’s Folk on the Quay festival only brought new customers to the arcade’s café.

“It helped certain parts of the business,” Holland said about the live music festival.

“But for the actual on-the-day revenues from families, it didn’t help at all.

“The Folk Festival brings out the older generation. And because there were no stalls around us, it didn’t bring the families out – which had an adverse effect on amusements.”

Pointing to the importance of having amenities to bring in nongaming revenue, Holland added that his café “did well” from the higher number of tourists that the festival attracted.

Diversity clearly helps – albeit on this occasions in the Holland business operation itself rather than the council’s choice of summer event. But that, hints Holland, would be an unfair criticism.

Asked how he felt about certain events taking place on the quay, Holland said: “I’m all for having a mix of events on the quay.

“But whether these things are good or bad for us, it really depends on the events and the people they attract.”

Overall, Holland said that Quay Amusements has had a good season so far. Speaking about what machines had been popular this season, he was quick to point to the more family-orientated and physical games which had been a big hit with customers.

“Redemption-wise, the Ice Man water-based game has been strong. Anything that’s family-orientated and physical has gone down well, like Down the Clown,” Holland said. “Also, one of our strongest pieces has been Sega’s Harpoon Lagoon.”