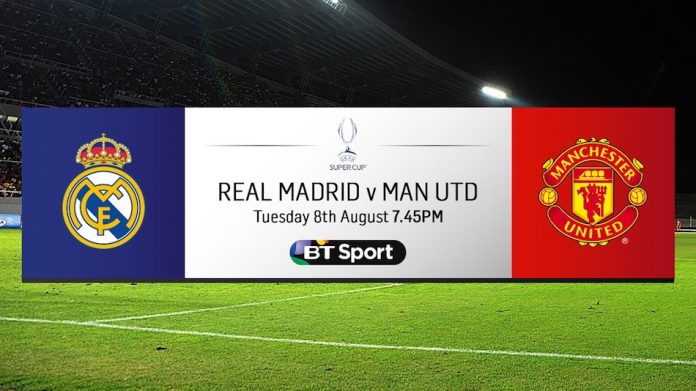 The next 12 months will see BT Sport’s strongest season of premium live sport ever as the company also plans to raise the profile of pubs and clubs in UK communities.

BT Sport has confirmed its lineup for this season includes the Premier League, UEFA Champions League and UEFA Europa League and, for the very first time, five English teams in the UEFA Champions League: Chelsea, Manchester Utd, Manchester City, Tottenham Hotspur and Liverpool. To complete the line-up BT Sport will also be showing the FA Cup, Aviva Premiership Rugby, European Champions Cup and Challenge Cup, MotoGP, BT Sport Fight Nights and new for this season the Ashes cricket from down under.

The Premier League season starts on the 12th August, this season’s traditional curtain raiser – the Community Shield featuring Arsenal vs. Chelsea takes place on Sunday 6th August and only 2 days later on the 8th Manchester Utd take on Real Madrid in the UEFA Super Cup

New for the 17/18 season, BT Sport has also confirmed it will be giving pubs and clubs the opportunity to select the fixture posters which work best for them. Customers will be able to choose from a number of different poster packs or alternatively compile their own by selecting specific fixture posters across a range of sports including football, rugby and boxing. BT Sport commercial customers in areas such as Brighton and Huddersfield who have been newly promoted to the Premier League will be able to promote their teams when they are playing on BT Sport. The company also claims it will make social media assets available for customers to download and use on their personal Twitter and Facebook pages. And as in previous seasons, all this support is included at no additional cost within the subscription fee.

BT Sports claims it wants to help raise the profile that pubs play in UK society by ‘heroing’ the pubs and landlords which are at the centre of local communities.

This year’s inaugural BT Sport Pub Cub was a great success with over 800 entries and with over 300 teams already signed up for next season, the tournament will be returning again in the New Year.

The company stated it will be launching a new marketing campaign which will hero the role of the Landlord in the coming months as well as continuing to use the 2010 business rates they announced earlier in the year. BT Sports highlighted that from September 1st prices will increase by 3.5%, which is below RPI.

Bruce Cuthbert, director commercial customers, BT Sport, said: “As we enter our fifth season we are incredibly proud to be offering customers our strongest line up of exclusively live sport ever. And what a season it will be, together with the Premier League and the FA Cup, we are the exclusive home of all the UEFA Champions League and the UEFA Europa League, and with 5 English teams in the UEFA Champions League for the first time, including the return of previous European winners Chelsea, Man Utd and Liverpool, the season will be our strongest yet. In addition to our exclusive domestic and European football, we also have Aviva Premiership Rugby plus for the first time Ashes cricket this Christmas and all new BT Sport Fight Nights featuring world class boxing. We think BT Sport continues to offer our customers incredible value for money.

“New for this season, we will also be launching a free tailored point of sale service, giving licensees the opportunity to choose from a number of different poster packs or alternatively they can opt to compile their own by selecting specific fixture posters from a range of sports that work best for them and their customers. Together with a comprehensive range of quality social media assets to help promote fixtures and sports through social media, our customers will always get the support they need to get the most from their subscription.”

He concluded: “And following on from the success of the inaugural BT Sport Pub Cup this year, which will be back bigger and better, we will also be putting the important role that pubs and landlords play in our community front and centre in our new marketing campaign which launches later this year. We’re looking forward to an exciting new season.”