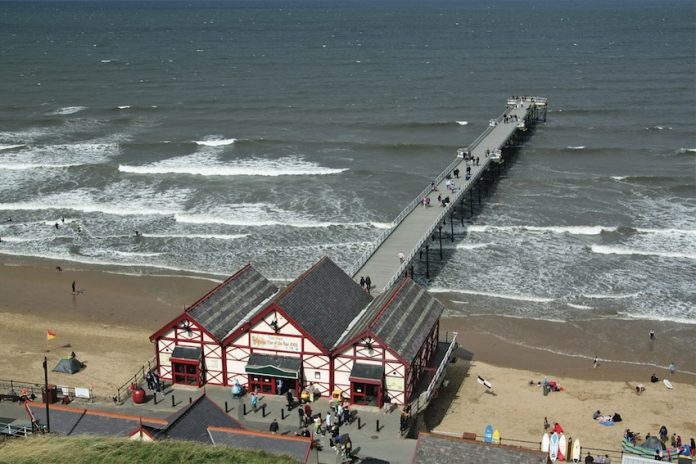 With the season well under way, Grant Seldon, the owner of two Saltburn arcades, explains which machines and prizes are working for him, as well as the future of cashhandling for redemption.

Offering redemption to Saltburn for over 20 years, Grant Seldon’s two North Yorkshire sites – Seldon’s Leisureworld and Saltburn Pier Amusements – are packed to the brim with used, refurbished and new machines.

Indeed, with so much experience in placing redemption machines, Seldon sees his task as one of perfecting his arcade strategy.

“We’ve got a lot of machines performing well this year, Willy Wonka, Scooby Doo, and the multi-player ticket fruit machines, it’s just a matter of fine tuning them for the best results,” he explained. “We’ve invested quite heavily in video-redemption this year as well. I have a cash-and-ticket Space Invaders Deluxe game from Bandai Namco on its way, and apparently the ones that have come out have done really well.”

Pushers have also been buoyant for Seldon so far this season, with new cashand- ticket additions such as the Justice League wall for Seldon’s Leisureworld and Sweet Falls for Pier Amusements.

“I’m finding that lighter coloured pushers tend to attract more people, so I’m looking to add one or two second hand pieces,” said Seldon, who explained that he would likely have to wait until September to pick one up.

On his pushers, Seldon places a large array of lower-priced prizes to give his customers a good chance of winning something they haven’t already.

“Merchandise is really pushing redemption forwards, we do key rings at 8p, all the way up to 50p, and we have eight or nine different suppliers sending various prizes in all the time,” he commented. “A good redemption area is also what you need, we must have well over a 1000 lines on our prize bar and they start at 10 tickets – it’s good value for money. We also do larger prizes, but when regulars build up tickets we ask them if there’s anything in particular they would want that we can bring in.”

While the big prizes have always drawn attention, what customers have really been after this season is the fidget spinner.

“They’ve been very very good, we’ve probably had 11 or 12 in different variations – light up ones, batman ones, metal ones, you need the range really,” stated Seldon. “I wouldn’t like to say how many have gone, but it’s a lot. We’ve only got them on redemption for now, but once it floors we will put them on the pushers to get the maximum out of them.”

Of course, the currency behind these great prizes is long reels of tickets, however Seldon is looking to a future in which he doesn’t need to purchase such a large amount.

“We spent a lot on tickets this year, so we’re looking – on the bigger ticket pay-outs – to go with a print-out receipt that would come out with a barcode,” he explained. “Obviously though, the enjoyment of tickets is in the fact that machines pay out so many, so we’re hopefully going to test the idea in the winter and see if we can educate the clientele.”

Seldon’s optimism for a user-friendly, long term cash-handling solution doesn’t stop here however, as the new £1 has reminded him of the pitfalls of relying on physical currency.

“We would like to go cashless really, but I think it’s difficult on the seaside, because people always have change in their pockets,” he said. “I think the biggest drawback for us this year is the new pound coin, it’s a massive cost, and the new coins are not the same as the trial coins that came out.”

Such ideas to cut down on the cost of cash-handling are becoming increasing popular within the industry, however for now customers on the seaside still very much enjoy their armfuls of tickets and 2ps by the bucket-load.