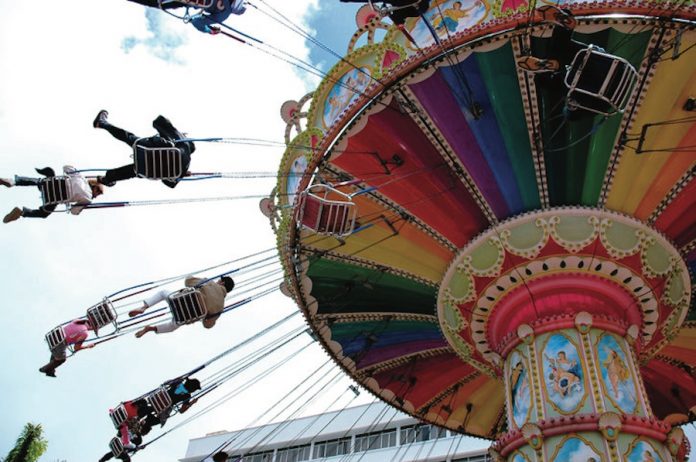 Cash is king, but for how long? The customer is saying they want more cashless in theme parks, according to a recent survey of visitors.

Sixty percent of British visitors at theme parks have said they would like use cashless payments when next visiting, according to a new survey.

Omnico’s Theme Park Barometre interviewed 677 respondents from the UK – along with hundreds from other countries – on their expectations for future theme park experiences, based on what they enjoyed from previous visits.

The study found 60 percent of British respondents said cashless payments using mobile and cards on rides and attractions would make their visits more convenient. Additionally, 55 percent of the same group said they would like to access information about the park and make bookings via a smartphone or tablet app.

“Mobile has understandably been highlighted as the leading technology by visitors to improve their guest experiences,” the authors of the survey said.

However, a sizeable minority of 40 percent would still rather pay at a traditional till and cashier when buying souvenirs and merchandise.

Respondents in the UK also expressed far less tolerance to queueing compared with other countries listed in the report, with 75 percent of UK respondents rating this their main frustration – compared with the average of 57 percent.

Omnico, a software provider for the retail and entertainment industries, said the survey offers insight into what theme park visitors find frustrating and suggestions to make their experiences more convenient, with an emphasis on how new technology may improve the customer experience.

“The results […] gives a critical insight into the future technology solutions operators should invest in to enhance the overall guest experience,” the company said in the report. The survey may also offer clues for the wider amusements industry. Theme parks often serve as trend setters for piers and FECs, thanks to their similar target demographics. Could this mean cashless amusements coming to an arcade near you soon?